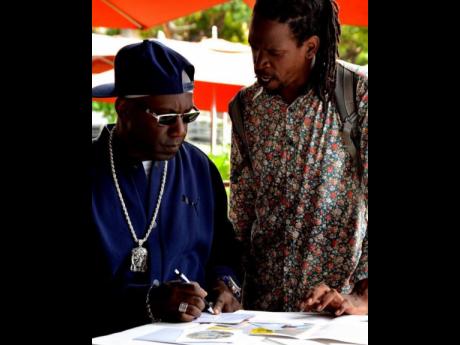 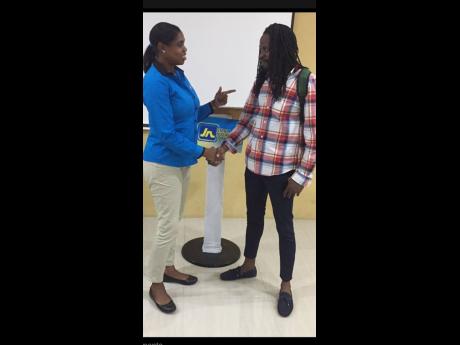 By the time he was six years old, Dawayne Jackson had lost both his parents to illness. To cope with his loss, he found solace in music, which he played as a member of the Montego Bay Boys’ and Girls’ Club. It was that exposure to music, which placed him on his career path in the entertainment industry, where he now works as his own boss.

Jackson is the operator of D. A. Jackson Easy Street Entertainment, a Montego Bay, St James-based company, which specialises in sound and video editing, drone shooting, backing band, and other entertainment-related services. His company has in operation for the last five years; and believes that, the guidance he received as a child, set him on his musical path.

“I lost both my parents, by the time I was six years old, to HIV. I was, therefore, forced to fend for myself and my siblings,” he explained. Thankfully, I joined the Montego Bay Boys’ and Girls’ Club; where I learnt how to read, was encouraged, and shown love. The managers played a major role in making me the man I am today.”

“Through the boys’ and girls’ club, I learnt how to play the drum and developed a keen interest in music. Music became the vehicle through which I coped with my parental loss; and also, to express myself,” he related.

The Irwin High School past student has never had a career outside of the music industry; and does not plan to work in any other sector.

“After high school, I was at home one Sunday when I received a call from a saxophonist, who used to tour with Luciano. He told me that he had a job for me; and if I wanted it, it would be mine. I was excited; I got dressed and went with him to what turned out to be the sound room at the Holiday Inn,” Dawayne explained.

“I started as a box boy; but was eager to learn everything. In two-and-half-years, I became the sound engineer. I learnt how to fix equipment, do sound editing and recording. However, I wanted to operate my own business; therefore, I left after a few years,” he explained.

The third of four children for his mother, Dawayne admits that entrepreneurship has challenging. For one, his work does not have set hours.

“I can be home and receive a call from a client who needs my services. This could take all day or night. However, I enjoy what I do immensely; therefore, I work hard at it and rest when I can,” he related.

Another challenge was the unwillingness of some clients, to recognise that the creative industry is a bona fide sector.

“Sometimes you do work for persons; and they don’t want to pay you on time, or what the job deserves. Therefore, I prepare contracts and request deposits, to ensure that I am adequately paid for the work accomplished,” he explained.

Another difficulty he faced was the state of emergency in his home parish.

“As entertainment persons, our events are in the nights. However, with the State of Emergency, we must adhere to a 9 o’clock ‘lock off time’. This has impacted our ability to earn, because the events normally end much later than that,” he stated.

To overcome this challenge, Jackson relies on the other areas of his operations to earn an income. For example, he recently began offering drone photography; and maintains that, he was one of the first persons in Montego Bay to do so.

“I became fascinated with using drones, after I saw a child with one,” he related. “I did my research; purchased one with multiple functions and started to offer that service.”

When he needed equipment for his sound studio, a friend recommended him to try JN Small Business Loans (JNSBL).

“The loan came at the right time; and it assisted me to purchase the equipment I needed,” he informed, adding that, “JN Small Business Loans gave me good advice, through workshops and individual coaching; and this exposure to training also helped me to become a better entrepreneur.”

“We are proud of what Mr Jackson has accomplished. The creative sector is a lucrative sector and he has adapted to the industry by offering a range of services, which are in demand, resulting in a wide customer base. His approach has also demonstrated that one can succeed, despite all the challenges he or she faces. We, therefore, wish him all the best, and remain supportive of him and other creative entrepreneurs as they strive to expand their products and services.”

Jackson plans to venture into the areas of production and talent recruitment. He also intends to establish a foundation for “at-risk young people.”

“I want to be the most successful businessman in Montego Bay; and will work hard to expand my company, D.A. Jackson Easy Street Entertainment, to become synonymous with the field of entertainment, globally. In addition, I aim to set up a foundation, to encourage ‘at-risk youths’ to come off the streets; and assist them to learn a skill, in partnership with the HEART Trust/NTA,” he affirmed.

“I go back to the Montego Bay Boys’ and Girls’ Club, when I can, to assist the young people there, because I am passionate about helping someone who needs it. I also want a better life for the young men on the streets; and see this option as one way to reduce the crime currently affecting the city,” he said.