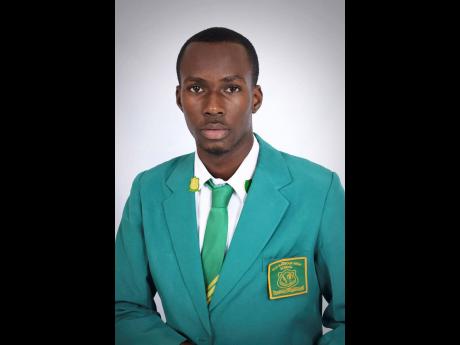 Old Harbour High School student Tajay Francis embodies the maxim ‘Service above self’ in his efforts to enact change in his community. Two years ago, at the age of 16, he started the Tajay Francis Hope Foundation, a non-profit organisation that empowers young men and women across Jamaica through voluntary services.

Francis started the organisation because he was interested in living a life of meaning and purpose.

He told The Gleaner: “I wanted to make a difference in the lives of my peers, community, and the world. When I leave this world, I want to leave a legacy of service, as I know that your legacy comprises every life you have touched.” This has inspired Francis and his team to initiate several projects.

Last month, the foundation ­executed its community project, where it donated toiletries to the Junior Leaders Daycare, located in Spanish Town, St Catherine. Tajay chose this school because he spent his formative years in the area, and he wanted to inspire the youth of his community to be change­makers. He said: “You don’t ­normally see young people as role models to look up to when you are from a low-income ­community. This daycare has been around for a very long time, and (they) really needed the assistance.”

The foundation this year repainted the Robert Lightbourne High School in St Thomas and the Lister Mair/Gilby High School for the Deaf in St Andrew, with the latter taking place through a ­partnership with the Davina Bennett Foundation.

Funding has been a ­primary challenge since starting his organisation. Regardless, Francis appreciates the incalculable support he receives from his mother, Sylvia Burrell, as she continues to serve as his rock. He also credits the organisation’s success to the involvement and commitment of the foundation’s members, who never fail to provide personal donations.

Despite these challenges, he encourages more young people to be involved in altruistic efforts. “I would say to any young person interested in giving back … to do so with empathy and love and not merely because you wish to receive praise or build your image. Charity is more than that. It is about helping people who are less fortunate and giving hope to the hopeless,” he said.

Francis maintains his focus on this mission by watching ­motivational speeches from icons such as Oprah Winfrey. Moreover, leading his foundation does not detract from his school involvement. He is not only ­general secretary of the National Secondary Students’ Council, but also the ­president of the United Nations Club at his school, which he founded. He succeeds in balancing these ­responsibilities by setting and adhering to his study timetable.

When asked about the foundation’s future, Francis remarked, “My plan for this foundation is to continue to help the less fortunate, whether it be wards of the State, the homeless, or persons with ailments because I do not think charity should be limited to one specific cause.”

He envisions that over time, his organisation will expand beyond Jamaica and have an impact on the wider Caribbean and the world. Francis believes that this effort can be achieved by adhering to the foundation’s motto, ‘We aspire, we inspire, we influence, and we change.’