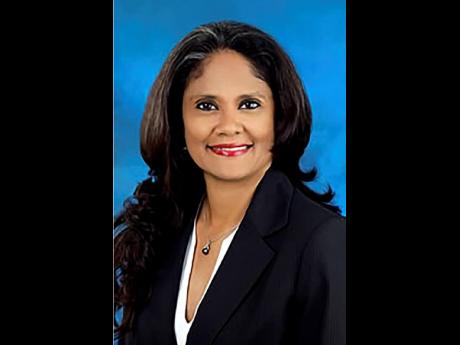 AS THOUGH extreme weather events, sea level rise and the attendant negative implications for food, water and livelihood security were not bad enough, it turns out that another threat posed by the changing climate is mass migration.

The warning bell was sound recently by Professor Michelle Mycoo, who has cautioned Caribbean small island developing states (SIDS) to stop and take note. She said that this is especially important given the planet’s apparent race toward 1.5 degrees Celsius of global warming and beyond.

“If climate-sensitive economic sectors are affected by crossing the 1.5 degrees Celsius temperature increase, Caribbean SIDS will produce climate change refugees who may be forced to migrate outside the region,” Mycoo said.

She was writing in her 2017 research paper, titled ‘Beyond 1.5 degrees Celsius: vulnerabilities and adaptation strategies for Caribbean small island developing states’.

“The Caribbean may have among the world’s highest numbers of environmental and economic refugees. Settlements in coastal locations make them highly vulnerable to climate change impacts such as sea level rise and flooding,” Mycoo predicted.

“The relocation of tens of thousands of climate change migrants’ from coastal urban areas due to the consequences of natural hazards and climate change impacts is an increasing possibility for some countries, such as Haiti, the Bahamas, Guyana, Suriname and Belize,” she added.

The issue of climate change refugees due to forced migration first emerged as far back as 1990 when the Intergovernmental Panel on Climate Change flagged the issue.

“In 1990, the IPCC noted that the greatest single impact of climate change could be on human migration – with millions of people displaced by shoreline erosion, coastal flooding and agricultural disruption. Since then various analysts have tried to put numbers on future flows of climate migrants – sometimes called “climate refugees” – the most widely repeated prediction being 200 million by 2050,” notes a section of the 2008 International Organisation for Migration report titled ‘Migration and Climate Change’.

“The meteorological impact of climate change can be divided into two distinct drivers of migration; climate processes such as sea-level rise, salinisation of agricultural land, desertification and growing water scarcity, and climate events such as flooding, storms and glacial lake outburst floods. But non-climate drivers, such as government policy, population growth and community-level resilience to natural disaster, are also important. All contribute to the degree of vulnerability people experience,” the report added.

“Put simply,” the report’s authors noted, “climate change will cause population movements by making certain parts of the world much less viable places to live; by causing food and water supplies to become more unreliable and increasing the frequency and severity of floods and storms.”