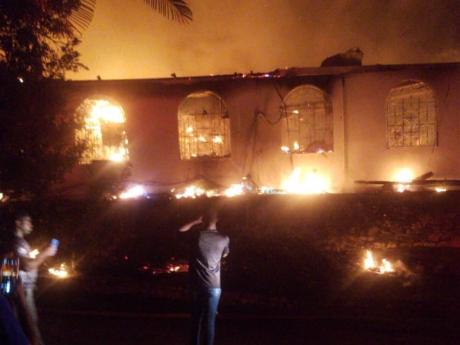 A late evening fire a day before New Year's eve has destroyed a section of the historic Richmond Hill Hotel in Montego Bay, St James.

The blaze has razed the original structure of the 200-plus-year-old building that housed the restaurant.

UPDATE: This contributed video shows the original section of the Richmond Hill Hotel which housed the restaurant engulfed in flames. The Montego Bay-based hotel is more than 200 years old. pic.twitter.com/jT3KocfAng

Fire officials said the fire broke out about 9.30 p.m.

However, it was not clear how it started.

From across town, smoke could be seen billowing into the night sky as the giant blazed scorched a part of MoBay's history. 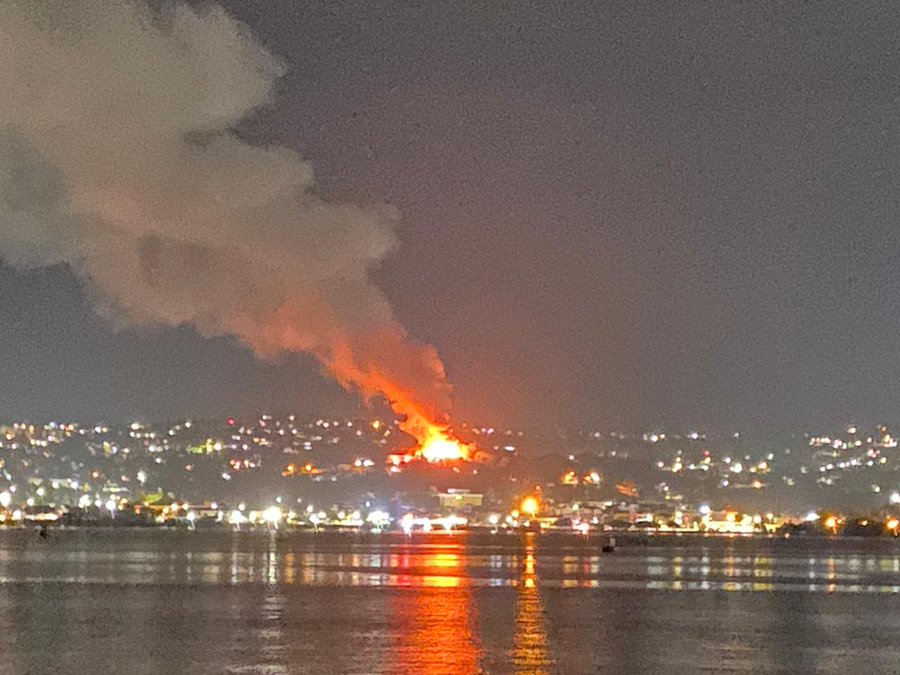 IN PHOTO: Plumes of smoke head for the skies as the Richmond Hill Hotel razes - Janet Silvera photo.

Property owners rushed to the hotel to survey the damage.

Chin has been Richmond Hill for the past 60 years.

"Everything is gone," says Grace Elmore, daughter of Richmond Hill hotel owner Stephanie Chin following a massive fire there this Monday evening. They were supported by family friend Peter Scudamore as they spoke with reporter Janet Silvera and other journalists. pic.twitter.com/vTmPFERT81

Among the items lost, Chin said, are antique furniture which were more than two centuries old and original Barrington Watson paintings.

"It's not just that, but lots of memories," Elmore added.

- Janet Silvera contributed to this story.