Gov’t to push for higher economic growth next fiscal year 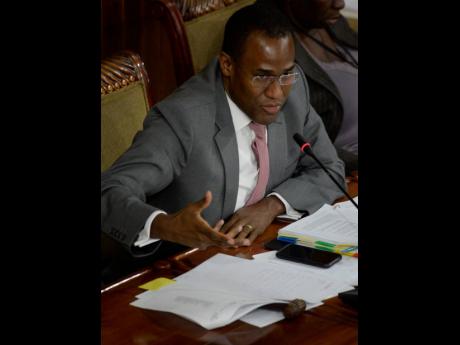 Finance and the Public Service Minister Dr Nigel Clarke says the Government will continue to use “all levers at our disposal to elevate levels of growth” beyond the projections for the upcoming financial year.

Economic growth for the 2020/2021 fiscal year is projected to return to levels of above one per cent.

Projections for the current fiscal year have been lowered to 0.7 per cent as a result of the announced closure of the Alpart alumina plant in St Elizabeth.

Yesterday, Clarke pointed to the improving resilience of the Jamaican economy given the economy’s modest expansion, despite external economic shocks, in the third quarter of 2019.

He noted that the news of the JISCO closure has been in the public domain for months and the anticipated economic impact has most probably been priced in. “The closure of JISCO was expected to impact growth in the third quarter of 2019 and is expected to impact the fourth quarter of 2019 as well. However, the fact that the economy still expanded overall, despite a decline of nearly 18 per cent in the critical alumina sector, as a result of the JISCO/Alpart closure, is a credit to the improving economic resilience of the Jamaican economy,” the finance minister explained.