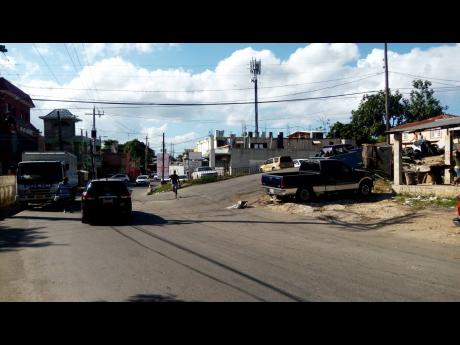 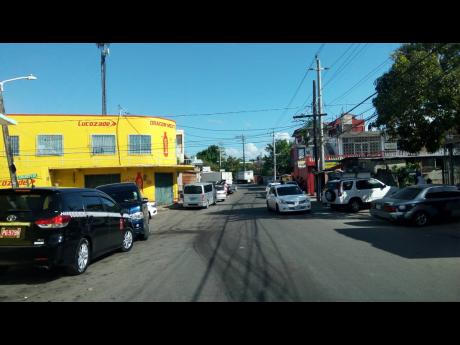 Photo by Hopeton Bucknor
The main street in Mount Salem which marks the northern boundary of the zone of special operations.
1
2

Some residents of Mount Salem in St James have been stumped by a revelation that the zone of special operations (ZOSO) does not blanket the entire community, triggering questions on why the boundary for the security initiative was drawn along the main road running through the area.

Following the injuring of a 15-year-old girl in a churchyard in the ­community in a New Year’s gun salute shortly after midnight last Tuesday, the police have pointed out that the incident occurred outside of the ZOSO, the much-touted security crackdown twinned with social programmes that sought to exorcise crime from volatile neighbourhoods.

The ZOSO was initially declared in Mount Salem in 2017, with the main road being its northern boundary. Emmanuel Chapel is located roughly 40 metres from the main road.

But even as the police split hairs on the ZOSO boundary, the parish of St James is still under a state of emergency, a much more serious security initiative geared at crippling crime in the northwestern parish.

Last Friday, several Mount Salem residents, who were seemingly ignorant of the boundary, as Prime Minister Andrew Holness had said that the operation was taking place in “the Mount Salem community and its environs”, questioned the move to split their community in half.

“I am still trying to understand the motives of the police in St James,” one resident, Garnet Spence, told The Gleaner. “How can a police force be defending boundaries at a time like this when a young woman nearly lost her life?

“I have been living in Mount Salem community nearly all my life and this is the strangest thing I have ever heard. These policemen are just a few feet away on the other side of the road, and persons are being shot and even murdered on the other side, and all they can say is that they are operating within their boundaries,” he added.

He called for the authorities to review the decision to only cover a section of the community.

“This is nonsense! If so be the case, the zone of special operations needs to be extended to the entire community,” he said. “A child was shot and injured while at church few days ago. Before that we had a parent gunned down on the compound of a basic school in the area, and some time before, a man shot and killed while on a construction site at the Cornwall Regional Hospital compound. All these crimes are taking place just a few feet from dozens of soldiers and police officers, and all they can talk about is that these crimes are not being committed within the boundaries of the ZOSO.”

Other residents shared similar sentiments and said the issue needed to be addressed.

The boundary excludes several key institutions in the community, including the Cornwall Regional Hospital, the Mount Salem Police Station, and the Mount Salem Primary and Infant School, on which millions of dollars have been spent for expansion and rehabilitation under the ZOSO.

Some residents pointed out that all the social events being held under the ZOSO are kept either on the community playing field or on the compound of the school, yet these areas are outside the boundary.