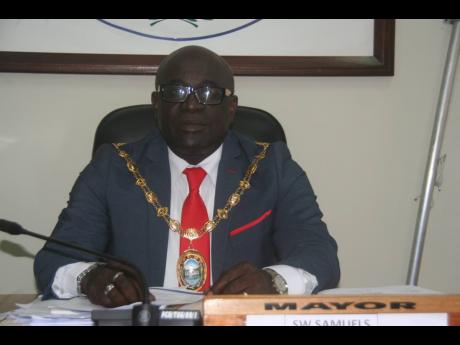 As a result of a lukewarm response to the initiative, the Hanover Municipal Corporation (HMC) has taken a decision to extend the building amnesty that was declared in the parish in November to bring errant contractors into compliance with the municipality’s regulations.

The initiative, which was initially slated to end on January 31, 2020, was extended until the end of the current financial year, which will end on March 31. The decision was taken at Tuesday’s meeting of the municipality’s Physical Planning and Environment Committee meeting.

At the time the decision was taken to have the amnesty, officials of the municipality said it was done to put an end to the wide-scale illegal construction taking place across the parish. The amnesty offered an opportunity for individuals and companies to regularise those projects that were being undertaken without approval and without facing any sanctions.

At the planning meeting, Sophia Kerr-Reid, director of planning at the HMC, said the decision to pursue an extension came out of a meeting she had with David Gardner, the municipality’s CEO, and physical planner Gary McLean, where the status of the amnesty was discussed.

Lucea Mayor Sheridan Samuels, who chaired the planning committee meeting, said he was of the view that the general public was not aware of the amnesty and questioned the effectiveness of a public relations programme,which was developed to support the initiative. He called for a further ramping up of the programme and time for the message to be spread far and wide.

“At the end of it (the amnesty), we are going to be very aggressive with the enforcement of the requirements and laws with regard to building approvals in the parish,” said Samuels, who made it clear that he would be unrelenting in the effort to bring order to the parish’s construction sector.

In an interview subsequent to the meeting, Gardner told The Gleaner that while the amnesty is open, some details were still being fine-tuned and worked out. He noted that some things that should have been in place were taking longer than expected to implement, hence the request for the extension.

“It (the extension request) has nothing to do with the response to the amnesty in any way. It is based on the fact that we know that we had not fully put all that we needed to put in place, so we are extending it so we can have everything in place to make it run smoothly,” stated Gardner.