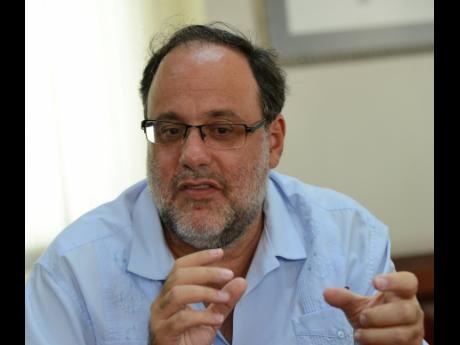 The opposition People’s National Party (PNP) is contending that Jamaica’s foreign exchange market continues to be plagued by a chronically volatile exchange rate and an acute shortage of supply of foreign exchange to serve the real economy.

In a statement yesterday, the PNP further said it was concerned about a lack of transparency in the forex operations of authorised dealers.

The Opposition contends that these wild swings are a repeating cycle that is plaguing Jamaican businesses, undermining the ability to plan their way forward.

It added that businesses are reluctant to take the risk of pricing their products otherwise than at the upper end of the established exchange rate cycle.

According to the Opposition, the situation is compounded by the fact that businesses in the real sector are unable to buy foreign exchange to pay their bills, jeopardising their credit arrangements with suppliers. This is despite the market’s reported daily purchases and sales of foreign exchange commonly ranging from US$30 – US$40 million.

The Opposition said it was concerned about the impact this is having on the purchasing power of minimum wage earners and other low-income consumers, and the dampening effect on investment and economic growth.

“Despite a year-on-year increase in net international reserves, the foreign exchange market has become dysfunctional. The lack of transparency in the allocation of foreign exchange by the authorised dealers has created the resentment that portfolio deals, with attendant fees and profits for authorised dealers, are being prioritised over the needs of the real economy,” said opposition spokesperson on finance and planning, Mark Golding.

“The promised trading platform to address this is still not available and, despite the official talk, there is no adequate forward market to assist the real sector,” Golding added.

He said the Government and the central bank need to lead a process of constructive dialogue with authorised dealers and real sector end-users to develop workable solutions to these problems, to ensure that the foreign exchange market serves the needs of the real economy.