Rebel Salute night one – mesmerising menu of music and message 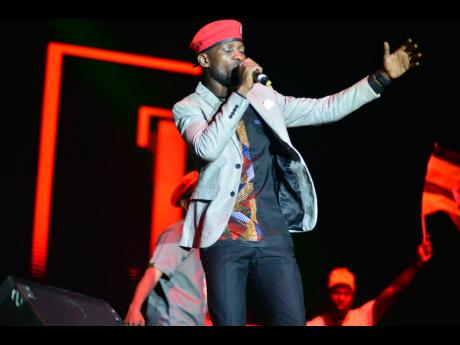 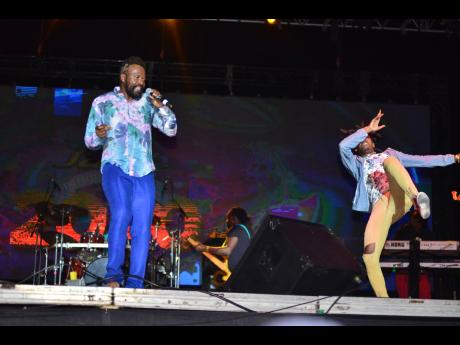 The appetite of stage show audiences is easily stimulated by an appealing menu of entertainers with wholesome, flavourful and reinvigorated selections. Rebel Salute’s roster for night one provided just that delectable mix.

From the first half of the show which featured young reggae performers like Abby Dallas, The Wailers Trio, Mackeehan, Torch, and Chevaughn, lovers of Jamaican music and culture were left with jaws agape as they tasted the diverse offerings of the talent buffet that is Jamaica. As the night progressed, the more mature maestros of the genre – such as Lone Ranger, Leroy Sibbles, Toots and the Maytals, Steel Pulse, Sanchez and Singing Melody – seasoned the groove with a mix of sweet melodies and familiar lyrics and a hearty serving of positive messages.

Veterans Daddy Lizard and Flourgon, who had actually graced the stage at minutes to 11 p.m., joined Sanchez on stage at 4 a.m., turning the audience into a tsunami rising from their chairs, and rushing towards the stage, begging for more.

“I was worried about performing prematurely, or too far at the top of the show’s running order, for fear that not enough people would be inside the venue. But it was expected that Sanchez, the real magnet, would be coming, so I saved my voice and abided by the time slot given,” Flourgon said to The Sunday Gleaner after the lyrical explosion with his friends.

“We just kept our composure and the way we closed, it was just nice, to the point where nuff, nuff promoter trying to secure bookings with us,” he disclosed.

Daddy Lizard added: “It was so satisfying for me because often we hear our music is not relevant in this space and young people may know our songs, but may not know our faces. But we did the show and the feedback, from the shouts and loud applause, was great.”

The trio also commended the energy of the people, noting that Rebel Salute proves there is no need for alcohol to build a vibes.

Singing Melody, according to reggae singer Marcia Aitken, revitalised her energy level and kept her applauding.

“He is my heartbeat; Singing Melody told me I was his girl at last year’s show, so, well, this year I’m telling him, he is my boy … . I’m still in love with you,” she joked.

“It’s always good when we can give recognition to our start," Aitken said of the '90s recording artiste. "He spoke of this when he mentioned the reggae group L.U.S.T. which he was a part of. Artistes must know from whence we came to know where we going. So that was one positive thing that stood out next to his energy, because Singing Melody really woke me up and got mine and everybody’s attention.”

Uganda’s pop star-politician Bobi Wine also got the audience's attention. Released from jail in his home country only 10 days ago, the fast-rising human-rights activist aired his concerns to the Jamaican music festival and was shown much respect for using music as a platform to shed light on global issues.

“I flew so many hours to get the opportunity to perform, and thanks to Tony Rebel for providing the platform as there is much fight for me to do this in my country,” Bobi Wine shared with fans. “But singing is all I know to be a good influence, inspire unity and give hope to the youth.”

The two final acts for the night – dancehall deejay Chi Ching Ching and roots-reggae act Kenyatta Hill formerly known as Jr Culture – struck a balance. Chi Ching Ching got the audience to ‘rock the world’, while the son of Joseph 'Culture' Hill changed the tempo and had them grooving through the gates to close the show at 7:30 a.m.