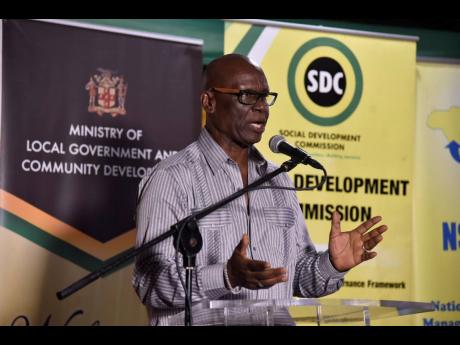 Local Government Minister Desmond McKenzie has reminded the Portland Municipal Corporation that it is obligated to provide burial spots upon request despite shortage of space in public cemeteries in the parish.

He was responding to a request made by minority leader Wayne McKenzie at the municipal corporation’s recent monthly sitting. The councillor had asked that serious consideration be given to promoting cremation as a solution to the crisis.

“Your obligation is to provide burial for persons who so desire to be buried,” Minister McKenzie said, pointing out that the local authorities are to be guided by the Cemeteries Act.

“It does not speak to the question of cremation. While that is something that can be taken into consideration, you have to act accordingly as to what the Cemeteries Act says. The municipality cannot promote cremation when you have regulations that speak to burial,” he added. “It is a conversation that is worthy to begin, but you must also be cognizant of your obligations under the law to provide burial. Not cremation, burial.”

He added: “Until we address that, then your main focus – mayor and council – is to provide burial.”

McKenzie told the meeting that he was aware of the need for new cemeteries across the country.

“You cannot close public cemeteries without alternatives, and that is why in public cemeteries there are pauper lots, so that when persons die and don’t have nuh relatives, it becomes the responsibility of the State to bury those persons free of cost,” the local government minister said.

He emphasised that no public cemetery can be declared closed unless permission is granted by the local government ministry.

“The only way I am prepared to grant permission to close any public cemetery is when you put in front of me the alternative. It is complicated, but it is the reality,” he said.

The Portland Municipal Corporation has been seeking to find additional lands for burials as the Prospect Cemetery is almost full to capacity.