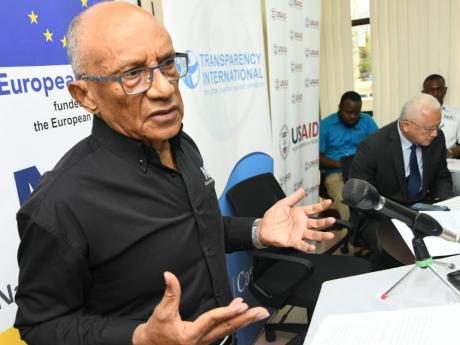 Jamaica’s score has worsened on the Corruption Perception Index.

With the score of 43, the country's ranking has also worsened.

Of the 180 countries assessed, Jamaica is now ranked 74th.

In announcing the latest rankings this morning, Head of the National Integrity Action, Professor Trevor Munroe said Jamaica was now perceived as the fifth most corrupt of the 12 Caribbean states in the 2019 ranking.

Here's how assessed Caribbean countries appear in the ranking:​ 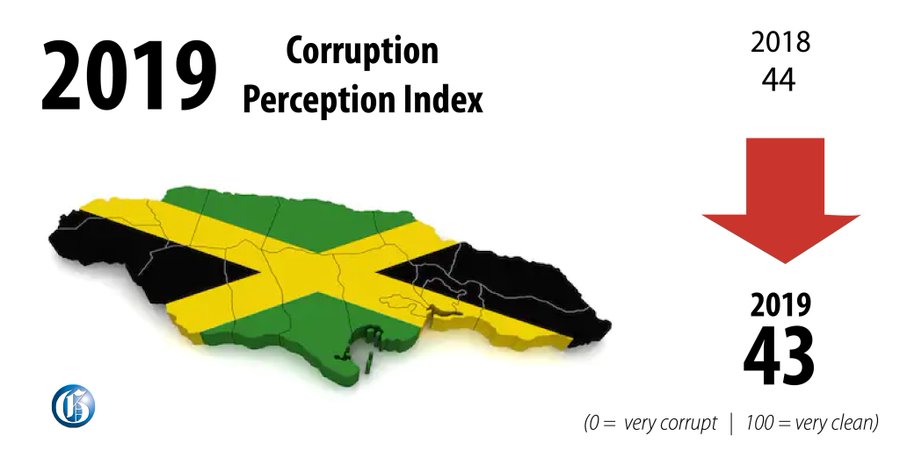 Head of the National Integrity Action, Professor Trevor Munroe has listed a number of developments in 2019 that might have contributed to a deterioration of Jamaica’s position in both score and rank.

1. March 2019 – resignation of Education Minister Ruel Reid in the context of corruption-related allegations – no reason offered at the time despite enquiry

2. April 2019 – Investigation report of the sale of Rooms on the Beach property by the Contractor General alleging improper conduct.

5. July 2019 – annual report of the Integrity Commission says that the investigation of Petrojam was completed and referred to the Director of Corruption Prosecution, since then there has been no disclosure regarding the consequences of this referral.

6. August 2019 – retirement of the Director of Corruption Prosecution from the Integrity Commission following differences between the commissioners and the director regarding Rooms on the Beach report – no reason offered by the retiree.

7. August 2019 – controversy regarding the statutory declaration of the Prime Minister and the leader of the Opposition insofar as the declarations only indicated purchase price and not the estimated market of immovable property held by the declarant, spouse and children as indicated by the third schedule off the Integrity Commission Act.

8. September 2019 – chairman of the Integrity Commission resigns and no explanation offered.