I don’t stand a chance 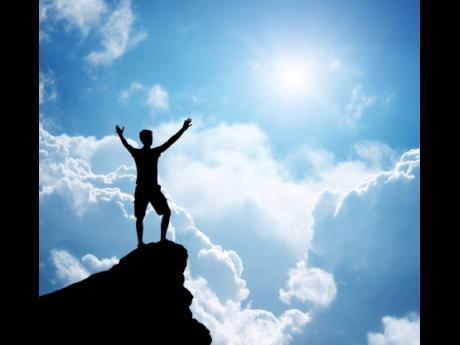 Ten years ago, The Gleaner reported that “the most dangerous place to live in Jamaica is Spanish Town and its environs”. Many young residents of the area probably thought, “I don’t stand a chance of achieving my dreams”. Thank God, Koffee was not one of them. For even when it looks like our chances are slim, God can.

The tiny teen overcame the negative forecasts of her day to make history as a Grammy Award winner. In the Bible, another young lady was also a success story of God’s good purposes being accomplished despite the things going against her.

In the Book of Esther, Persian King Xerxes sought a replacement for his queen. Among the candidates was the orphaned Jewess Esther. She had been encouraged to compete for the position by her cousin Mordecai. At that time, the Jews were a colonised ethnic minority, so the fatherly Mordecai advised Esther to tell no one that she was a Jew. If anyone had a slim chance to become queen, it was Esther. Yet she did!

Perhaps you dream of becoming something great but think that your chances are too slim to even try. Perhaps because of your heritage or your current circumstances, you’ve stepped out of the race. Don’t give up just yet. God wants to fulfil His purpose in your life for a number of reasons.

“Esther won the favour of everyone who saw her.” (Esther 2:15 NIV) The Bible stated that Esther’s God-given uniqueness gave her favour. Just like Esther, you don’t have to fit the mould of those who have already achieved success. You possess an intangible ‘something’ that can make you stand out from everyone else.

Then, “… the King was attracted to Esther more than to any of the other women … So he … made her queen.” (Esther 2:17 NIV). Though you may feel like nothing special on the outside, you are chosen on the inside. God knows the plans He has for you, and He made you specifically to fulfil those. Your circumstances won’t change that.

Esther, once queen, was poised for God to use to save His people. One of the king’s officials, Haman, plotted and deceitfully received the king’s permission to kill all Jews. Mordecai begged Esther to intervene. But Esther was torn, because this act could get her killed. Mordecai responded: “Do not think that because you are in the king’s house you alone of all the Jews will escape … And who knows but that you have come to your royal position for such a time as this?” (Esther 4:13 -14 NIV).

You see, God has a way of putting things in place even when we don’t understand what He is doing. He needed someone in the right place at the right time, and Esther was the one. God also puts you right where you need to be, But it’s up to you to have the confidence that He will do something great through you.

Esther courageously affirmed “… I will go to the king ... And if I perish, I perish” (Esther 4:16b NIV). The king, however, welcomed Esther, and she was able to unveil the murderous plot against her life and the life of her people. “Haman was hanged on the very gallows that he had built for Mordecai” (Esther 7:10 MSG), and the Jews were empowered by the king’s decree to defend their lives.

Similarly, God has given us our different spheres of influence for such a time as this. What he did for Esther, He would do for you if you allow Him.