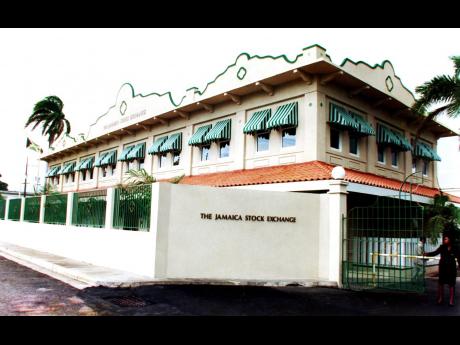 As we move through a new year and new decade, what will 2020 bring for business in Jamaica? More of the same or something different?

Let me admit up front, I do not hold or pretend to hold any special powers to predict the future. I wish I did, and who wouldn’t? But sorry, I don’t. All I can do, much like anyone else, is make a best guess. But not a best guess based on feeling or best wishes but on data, analysis, known and immerging patterns and connecting the dots.

Last year saw Jamaica further improve its macro-economic stability with the indicators pointing in the right direction. But what of economic growth?

As Finance Minister Dr Nigel Clarke and others have acknowledged, while macro-economic stability is a critical condition for economic growth by itself, it is not enough to spur greater levels of economic growth. And the results speak for themselves.

The Jamaican economy grew, according to the Statistical Institute of Jamaica (STATIN), at a low 0.6 per cent for the June to September quarter of 2019, the last reported period of 2019. This makes for 19 consecutive quarters of economic growth, which is the longest unbroken stretch of economic growth since Jamaica started measuring growth quarterly in 1997.

This growth, while low, did occur under challenging circumstances locally and internationally. For example, locally we saw the closure of the JISCO/Alpart plant represented a 17.6 per cent decline in Jamaica’s output of bauxite/alumina and internationally the trade war between the United States and China saw a drag on global growth.

So, what will change this picture for Jamaica?

I chose the list based on several factors, including, but not limited to, the convergence of various government policy, investments, enhanced and emerging business opportunities and infrastructural decisions made by the government, private sector and civil society in 2019 and preceding years. Certain patterns have emerged that should make 2020 – best guess – a very special one for business in Jamaica.

Here are my top 10 trends, placed in no order of priority:

The number-one ranked stock exchange according to Bloomberg in 2018 will continue its stellar performance with even more initial public offering (IPOs) and additional public offerings (APOs). The money raised will further fuel the expansion of businesses locally and offer Jamaicans an opportunity to invest. The Government through the listing of TransJamaica Highway and JPS will continue its policy, as it did with Wigton IPO where over 30,000 Jamaicans participated.

The preliminary report from the Jamaica Tourist Board (JTB) is showing that, in 2019, tourism earned between US$3.7 billion and US$3.8 billion from approximately 4.4 million visitors, which is a US$500-million increase from 2018. This success was underscored by an increase in the retention of tourist spend locally from US30 cents in 2016 to US40.8 cents in 2019. The retention earnings are set to improve with greater linkages between tourism and local attractions, entertainment, and food events.

Special economic zones (SEZ), a geographically designated area where fiscal and other incentives are used to attract investment to a country are expanding globally. There are more than 5,400 SEZs in over 147 countries, including Jamaica. After the mammoth task undertaken in 2019 by the Special Economic Zone Authority (JSEZA), of transitioning Jamaica’s freezones over to SEZ, we now have approximately 104 entities across 140 locations in 11 parishes with SEZ status as either developers or occupants. While the SEZ are frequently associated with the business process outsourcing (BPO) sector, BPO, while an important sector, is but one of a variety of economic activities undertaken in the SEZs. In 2020, expect greater growth in the BPO, logistics, manufacturing and creative industries with expanded opportunities for non-SEZ local businesses through stronger linkages and higher domestic inputs being sourced from the local economy. Additionally, SEZs will experience growth in Jamaica by introducing new business models reflective opportunities presented by global value chains in the ‘as a service’ model. For example, research as a service, data as a service, distribution as a service, etc. We already see SEZ companies like Canco Limited in St Thomas, with its food manufacturing standards certifications leading the way by offering manufacturing as a service, likewise a subsidiary of West Indies Petroleum offering (oil) storage as a service in Port Esquivel.

The BPO sector has unquestionably been one of the best performing in 2019. The sector is currently undergoing a transformation, moving into greater value added and knowledge intensive activities. According to the Business Process Industry Association of Jamaica (BPIAJ), now the Global Services Association of Jamaica (GSAJ), the sector employs approximately 36,000 Jamaicans and is segmented with 80 per cent customer service; 18 per cent knowledge process and two per cent information technology outsourcing.

A cluster is emerging in the Ferry, St Catherine area, that most people have not fully recognised the power of, at least not yet. The 94-acre Kingston 876 commercial complex is being built out by the Cascade Group Jamaica and includes the $60-million headquarters for Tropical Battery, the current build out of CEAC Outsourcing Company Limited’s (CEAC) 100,000 square feet BPO focused SEZ and the already built 7,000-square-metre Nestlé Jamaica distribution hub. When completed, Kingston 876 is expected to host 30-35 operations. The Ferry area also hosts Tank Weld Equipment Ltd, the sole dealer for Shacman trucks for the Caribbean. Derrimon Trading is leasing space from Tank Weld to build out a $100-million distribution hub. What makes the Ferry so special? Its location. It is close to the port of Kingston, three major population centres (Kingston, Portmore and Spanish Town) and it has great connectivity to both the East-West and North-South highways.

It goes without saying that roads are important to economic development. Nevertheless, roads by themselves do not induce sustainable growth. However, roads that facilitate the movement of goods, services and or people more efficiently not only introduce cost savings but new opportunities for earnings. And these are the conditions that many of the more than 400 roads that were resurfaced and rehabilitated in 2019 offer Jamaica. The prime minister said it best at the ground-breaking for the Southern Coastal Highway Improvement Project: “Reducing the distance between people, market, services and knowledge is a great part of what economic growth is all about. The flow of goods, capital, technology and people will drive economic growth and create a broader space for development and prosperity for all.”

The global commercial drone market is estimated at a value of US$5.80 billion and is projected to grow tenfold in five years by Barclays. This is a fourth industrial revolution technology that has tremendous job creation prospects in Jamaica. The more immediate opportunities will be seen in various services industries. In 2020, expect drone usage to expand into construction, private security, precision agriculture to deliver fertiliser, herbicides and pesticides. The most exciting opportunity will be in tourism with drone flying as a service where tourists can fly around the beautiful landscape of Jamaica and take pictures and videos. This is a winning formula to enhance Jamaican tourism in the 21st Century. The great thing about drone flying as a service is that it represents a low-hanging fruit that locals can get involved in, build the market and dominate.

One of the perennial complaints of Jamaican businesses, especially the MSME sector, is access to credit at reasonable and affordable rates. While there has been much improvement in this area for many MSMEs, the interest rates being offered by financial institutions are still far too high. In response, the Bank of Jamaica (BOJ) undertook a set of policy rates - the rates that financial institutions borrow from the BOJ - reductions reaching 0.5 per cent by the end of 2019. The reductions were done to drive credit expansion by making money less expensive to borrow. It has not fully worked as acknowledged by BOJ Governor Richard Byles when he said that “while this faster growth of private sector credit is a positive signal, we are of the view that this expansion in credit is still not fast enough, particularly in the context of where domestic activity remains below the economy’s potential or capacity. This suggests that an even faster pace of credit growth is possible without causing inflation to rise above the inflation target.” Importantly, the governor clearly signalled that the way forward would not be business as usual when he exclaimed that “whatever blockage is in the system that is causing the rates to not go down as fast, I want them to talk why we are not seeing a better transmission of the policy rate reductions to borrowers”.

The new 194 MW Jamaica Public Service Company Ltd liquified natural gas (LNG) plant and the New Fortress LNG terminal, both in Old Harbour, St Catherine, have changed Jamaica’s energy landscape forever. The latter ought to be watched keenly because of its wider implications for development, economic growth, and job creation. The terminal is part of larger plans to position Jamaica as an LNG hub within a global logistics and trade hub. Additionally, it has opened opportunities for further economic diversification and investment in food-processing industries, cold logistics, pharmaceuticals, manufacturing of chemicals, and plastics. However, the biggest thing to watch is in the possibility of a data centre by New Fortress. Data centres are critical infrastructure in Cloud computing where, depending on its size and configuration, tech companies like Google, Apple, Microsoft, etc. perform or receive services ranging from data storage, infrastructure as a service, data as a service, data analytics, etc. For data centres, energy is their largest operating expense largely due to the cooling required for the computer servers. Jamaica offers a globally unique solution for data centres by combing a variety of technologies. The potential combination of LNG for power generation cryogenics (LNG is shipped at a very cold -160 C) for cooling, renewables such as solar/wind and deep water cooling from the sea, puts New Fortress in a great position to put Jamaica on the map in growing the data centre and Cloud computing market estimated by Bloomberg to be worth US$36.7 billion.

With the improving road network, improved port and airport infrastructure, raising of money on the stock exchange by logistics companies and the build out of more warehouse space, especially as SEZs, 2020 will be a year for logistics. Mailpac listed on the Jamaica Stock Exchange in the latter part of 2019, raising money to fund its growth and expansion in response to the growing e-commerce market in Jamaica. Another example to watch is Howard Mitchell’s aircraft cargo and handler provider AJAS Limited and its plans to list on the Junior Stock Exchange in 2020. The funds raised, according to Mitchell, would finance its expansion in response to keeping pace with increased passenger and cargo volumes. Additionally, he pointed out that there is interest coming from the Middle East about using Jamaica as an aviation hub. Finally, we cannot forget Wisynco, National Baking Company and Knutsford Express, all of which either announced or commenced logistics projects in 2019. This sampling of private projects is the logistics hub in motion using the infrastructure laid down by the Government and transforming Jamaica into a logistics-centred economy.

Ainsley Brown is the senior director -regulations, policy, monitoring and enforcement at Jamaica’s Special Economic Zone Authority and an adjunct lecturer in Logistics at the Mona School of Business and Management.