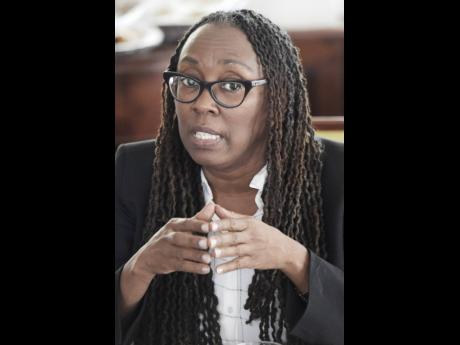 A civil society group says it is not averse to the idea of introducing legislative changes to allow Auditor General Pamela Monroe Ellis to send her reports, not only to Parliament, but directly to law-enforcement agencies for further probe. Executive Director of the Jamaica Accountability Meter Portal (JAMP), Jeanette Calder, said, however, that this could amount to a concession that there was very little trust in lawmakers to carry out their oversight roles.

Under the Constitution of Jamaica, the auditor general is obliged to submit her reports to the Speaker of the House of Representatives, who shall cause those reports to be laid before the Parliament. The Standing Orders of Parliament indicate that the auditor general’s reports should be reviewed by the Public Accounts Committee (PAC).

Calder said that a study of the auditor general’s reports over a five-year period by civil society groups in 2016 revealed a litany of breaches in the preceding five years. After sending out 236 Access to Information requests to the state agencies, seeking to find out how many of the infringements had been remedied, it was determined that in most cases nothing had been done.

The anti-corruption advocate reasoned that at present, there was nothing preventing other watchdog agencies such as the Financial Investigation Division (FID), the Integrity Commission, Major Organised Crime and Anti-Corruption Agency and the Fraud Squad from reviewing reports from the Auditor General’s Department to determine whether further investigation was needed to take action.

“For me, to think that the act would have to be changed for the auditor general to have to say grab this one and run with it, is also troubling,” Calder told The Gleaner during a recent interview following the release of the 2019 results of Transparency International.

Calder noted that in some jurisdictions, the Auditor General’s Department has additional legislative backing, allowing it to submit its reports to prosecutorial bodies for action, or to take action itself. “Theoretically and academically, and from a research point of view, there are other jurisdictions where the auditor general has a separate act, which is something I would still lobby for; and within that act they do provide that kind of authority, not just to submit, but actually to sanction,” Calder added.

However, the anti-corruption campaigner said that in the accountability framework, it was the people of Jamaica who should provide the check and balance for both the Parliament and the government. “Part of my theory of change is that the people of Jamaica need to engage. When we engage, we have leaders who are responsive.”

She noted that when the Holness administration had proposed to change the Access to Information Act to extend the timeline for accessing Cabinet documents from 20 years to 70 years, the overwhelming public backlash resulted in a stay of the decision.

The resolution was withdrawn and the matter referred to a joint select committee of Parliament for discussion.

Calder argued that citizens who were sitting on the sideline complaining about the government “need to get in the ring and do their job. It is an unpaid job, but in a democracy we are the final accountability check and balance for government, so I am more interested in seeing the citizens engage rather than saying that the Parliament is not doing its work and finding a way to bypass that”.