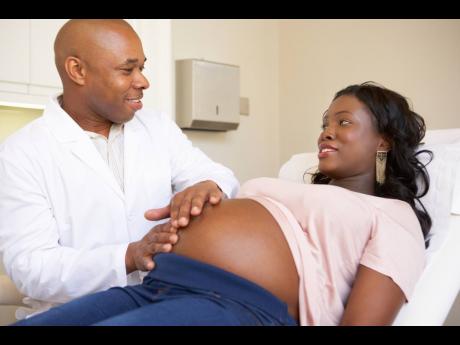 A shortage of folic acid on the local market is creating headache for patients and physicians who in recent months have had to be hopping from one pharmacy to the next to try to source the vitamin, which is necessary for pregnant women, some cancer patients, and others with rheumatoid arthritis.

Obstetrician/gynaecologist Dr Leslie Meade said that several of his patients have told him in recent weeks that they have been unable to secure the vitamin, which he generally recommends for expectant mothers and those planning to conceive.

“For about three to four weeks now, my patients haven’t been able to get it when I prescribe it, and the pharmacies are telling them that it is out for a while and they are not sure when they are getting it,” he said.

He noted that his colleagues have expressed similar complaints.

“A few of them that I have spoken to are also concerned, and we are trying to use what we have now available to continue with the care of our patient,” said the gynaecologist, who is based at the Winchester Surgical and Medical Institute.

Folic acid is crucial to the growth and development of babies and significantly reduces the likelihood of neural tube defects (NTDs) such as spina bifida. In the case of rheumatoid arthritis patients, it is used to counter the effects of anti-rheumatic drugs such as red blood cell abnormalities and anaemia.

President of the Pharmaceutical Society of Jamaica (PSJ), Dr Ernestine Watson, confirmed that the shortage of folic acid on the market, as the local manufacturer has been experiencing challenges in securing quality inputs for production.

“It has been manufactured locally for many years, and so it is a very inexpensive product, very cheap, and that is at the strength of five milligrams. What happened is that, generally speaking on the world market, 5mg is not a common drug that is manufactured; it is usually manufactured as 1mg or less,” she said.

Watson explained that as a result of the temporary halt in the production of 5mg dosage, doctors and pharmacists have been recommending the use of 800 micograms, which is generally sourced overseas, but that stock has gradually depleted to the point where it is difficult to find a pharmacy that still has any supply.

“We at the society have been speaking among ourselves as pharmacists to see where it is available,” she said.

Watson said that pharmacists have also been conducting research to determine how many times per day 800 micograms would need to be taken to get the desired results. That discussion continues, but patients will have to increase their budget for the medication.

“We would have to come to some agreement, do the research, present to the Ministry of Health or the physicians to say, ‘Listen, this may be an alternative,’ but we have not come to a decision as yet,” she said.

The PSJ president said that the organisation also wrote the local manufacturer, Kirk Distributors, to ascertain when production would resume.

Chairman of Kirk Distributors Limited, Dr Glen Christian, told The Gleaner that the company’s suppliers had run into problems but gave assurance that production would be up and running shortly.

“What I’m told is that the process will take another week and a half, maximum two, before we should be able to get stock back into the tray.

“We don’t have control over the raw material, and sometimes with manufacturing and sourcing, things just happen, so nobody can guarantee that it won’t happen again. In the pharmaceutical industry, from time to time things will happen that will cause a shortage, but we try our best and we are working on it,” said Christian.

In the interim, Meade said he has been prescribing prenatal vitamins for his patients.

“We tend to give the five milligrams, for example, early in pregnancy or to patients who are planning to get pregnant because we want to ensure that if there is any deficiency, that the deficiency would be corrected and the patient would have normal levels,” he said.

“If someone comes in and discusses with me that they are planning to conceive, I would start them on prenatal vitamins that typically have in folic acid, so that is how I am trying to get around it,” the doctor said.