Her faith in God made her heart whole again – Part I 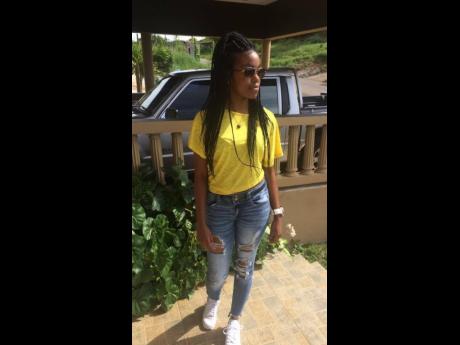 Imagine being told that all the times you were out doing the things you were passionate about, you were possibly minutes away from getting a major heart attack?

Well, this is what 22-year-old Jhori-Lee Holness was told when she ended up in the doctor’s office for a check-up.

Though she was diagnosed with a heart condition called ‘floppy valve’ at the age of four, Holness was told by doctors that it was minor, and would in no way affect her life.

But that wasn’t quite the truth, and she wouldn’t be aware of that until years later.

“My paediatrician advised my parents to do an echocardiogram in Kingston, because he was hearing a heart murmur. The cardiologist then stated that I had a floppy valve, but it was mild and it was nothing to worry about, hence the reasons I was engaged in so many physical activities. I must admit though, I would oftentimes get shortness of breath, but thought it was because I was asthmatic, so I would just rest for a few minutes and then continue.”

As an asthma patient, Holness said she was still pursuing her passion and love for tennis – a sport she is now a certified coach in – all while being a member of the Jamaica Combined Cadet Force, and doing voluntary service at the Christiana Police Station to gain experience, as her dream was to be a police officer.

“In October 2018, I started seeing a swelling in my lower left abdomen that would sometimes hinder me from going to work because it was painful and I would have a fever. I visited quite a few doctors, who all requested that I do ultrasounds and blood tests. They concluded that it was fat. Some stated that it was kidney cysts, but they were confused because based on the size of the cyst, it shouldn’t be having that much impact on my health.”

Holness knew what she wanted and instead of waiting on results, she decided to remain busy in the interim.

“I applied for the Jamaica Constabulary Force and passed the written test. I got called to do the physical which I also passed, along with all the other procedures.”

But towards the end of the process, at the time of the medical, Holness was told she had a heart murmur.

“The cardiologist requested that I do an ECG. The results showed that there was a possibility of mitral regurgitation. I went to do an echocardiogram and the cardiologist stated that I must consider myself very lucky because I could have got a heart attack after doing all those physical activities, because my heart condition had got severe. The left mitral valve was not closing properly, and there was blood profusely going back in the heart that could cause a heart attack at any given time.”

Now left with her hopes dashed, a need for a multimillion-dollar surgery and tested faith, Holness said all she could do was pray.

How did she overcome this obstacle,? We will find out next week.