Sean Ennis testifies of the power of prayer 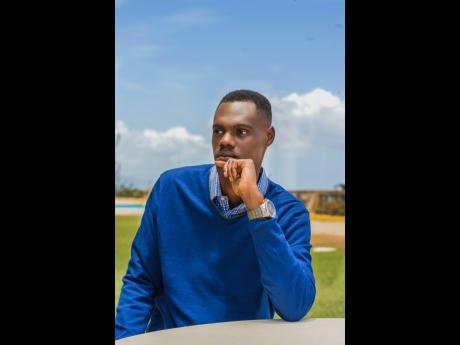 It was a personal encounter with God that hauled Sean Ennis from a self-deteriorating state of depression, and completely saved him from a plunge in the bottomless pit of unbelief.

It was some six years ago when the then 21-year-old Christian youth met with diffidence regarding his self-worth.

He had just started college, boarding away from what he described as his comfort zone (home) and his support system (family) and, according to him, he was practically on his own.

“I had many sleepless … many nights when I would cry myself to sleep: all this was held inside. I never shared it with anyone; I just lived in depression and suffered in silence,” he said, adding that though he was a Christian at that time, he began questioning the existence of God and His ability to deliver him.

Ennis told Family & Religion that he was still in a hopeless state following countless counselling sessions, so he made a decision to go into a period of prayer just to see if the God he was losing faith in could help him.

But upon reaching his fourth day of steadfast praying and no response, he admitted that his faith plummeted even further.

“On the fourth day, I had completely given up, and I remember the only word that came out of my mouth while kneeling at my bedside was ‘God’, and there was no answer. At that point I didn’t even care for suicide as I literally felt like a walking dead. A few minutes after praying that one-word prayer, I felt a sudden presence come over me, and I started to spontaneously praise God. I started to say ‘Hallelujah’ repeatedly and as I continued, I started to weep, and then the heaviness and weight that was upon me began falling off like literal shackles. Then I started to feel this lightness and sudden joy and for some reason, I felt like I was delivered and it was as the Lord was speaking to me. I felt this comforting hug like velvet surrounding me, and He brought much positive reassurance and affirmation re my purpose and His plans for me. It may sound crazy or foolish to some, but I was there, and now I’m free and no medication or counselling brought that mental relief and freedom,” he shared.

Ennis, who now serves in the office of minister and in the youth, media and music departments of his local church, is a worship leader, recording gospel artiste, motivational speaker, writer and preacher.

Leaving a word of advice to others who may be experiencing depression and a state of doubt in God and His abilities, the minister said, “Get counselling … it works for some cases, but also know that your situation is not new. It may be unique to you, but not new to humanity. There is someone that has experienced it in the past, and someone else will experience it in the future.

“Find people to confide in. I had a great friend that forced me to speak about these stuffs, when they also realised I wasn’t well. Don’t ever think that you can’t find confidantes and people who can listen and give advice in a judgement-free way. As much as you trust in yourself, there are others who think the same thus, trustworthy people are in the world.

“Also, don’t stop seeking God: He will answer. As broken as you are and as daunting the situation, He can and will deliver in His timing.