Driving down the cost of diesel theft 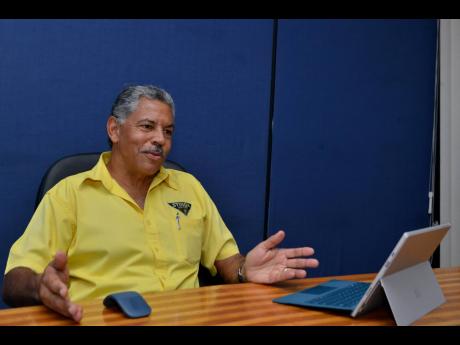 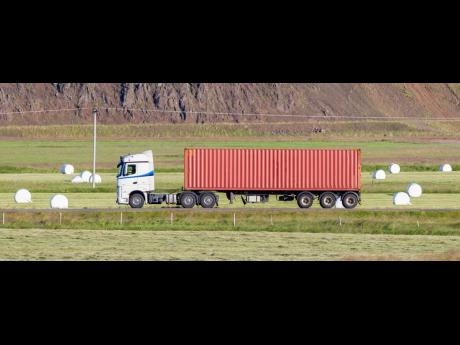 Fuel efficiency has long been an essential component to the feasibility of trucking operations globally, given the low rate of payment to truck drivers in the mining, agriculture, distribution trade and other sectors which are centred around dedicated fleets of vehicles. Very often, the value of a tank of diesel is well above the drivers’ salary.

According to Julian Spence, the managing director of Stinga Limited, a company which offers a range of electronic-based solutions to farm theft and fuel pilferage, once the cost of diesel goes past US$2 per gallon here in Jamaica, the fleet operators can expect fuel theft to jump.

This, he explains, is because of the wide disparity in the basic truck driver’s salary, estimated at an average of $6,000-$7,000 per day, and the value of a tank of diesel on the vehicle they operate, which can range from 100 litres for a small truck to between 400 and 600 litres for a large unit.

“Once you see the prices start to move in the US$4-a-gallon direction, you are gonna have a theft problem, and it’s a huge problem. Some companies we looked at were losing between J$1 million and J$1.5 million a month, just to diesel theft,” he told The Gleaner, adding, “It’s an international problem, not just here in Jamaica!”

“You think your people are stealing fuel?” is always answered in the affirmative.

“At least 90 per cent of them said, ‘Of course, I know they are stealing my fuel but I can’t catch them in the act’,” said Spence.

“Do you know how much they are stealing?” is usually met with “I really don’t”.

The inability of managers to quantify the loss is the crux of the problem, according to Spence.

The driver will usually drain the diesel into a five-gallon bucket, stealing as much as 20 litres from a 200-litre tank each time, which has an estimated value of $4,000, bumping up his salary in excess of 50 per cent.

Even for a fleet owner with as few as 10 trucks, this can be a huge problem.

Spence’s company, Stinga, has been able to keep potential rogues in check, as it is able to determine exactly how much fuel is stolen when the theft occurs.

The trucks are usually driven off-site from the company’s premises, out of the sight of fleet staff, for a four-hour operation on weekends or early in the morning or after hours on weekdays. This involves ‘dropping’ the diesel tank and cutting a hole in the top to fit a level sensor, which is calibrated to the truck’s system and tied back to a GSM (global system for mobile communication) communicator installed elsewhere on the vehicle.

Once the system is operational, it sends a constant stream of reports on all mechanical and electronic functions to a central control, monitored by the fleet owner/operator and managed by Stinga. This includes real-time update on any activity affecting or relating to the fuel tank. In addition, the geofencing capability allows for detection of criminal activity, even when the drivers seem to be toeing the line.

Knowing that the vehicle is being tracked, the driver stays within the confines of his designated route, where he may legitimately have a one-hour delivery stop, but theft still occurs, as Spence explained.

“The nature of the business is such that the guys steal fuel all the time, but the owners are unable to say how much was stolen and when. So the driver takes the vehicle on his designated route and spends the amount of time he is supposed to, but when he leaves, there is 20-30 litres less in the tank. The difficulty is that previously, even if you were to find the fuel nearby, there would be no way of identifying it as yours, so it’s a big problem,” he said.

Spence said one driver went as far as to disconnect the battery before stealing the diesel, in the hope of tricking the system, but his plan was foiled.

“When you disconnect the battery, the level sensor drops because it is battery operated. So the level sensor drops to zero and sends an immediate alert to the owner advising ‘Battery Disconnect’. So before he disconnected the battery, he had about 280 litres in the tank, and after it comes back on when reconnected, he only has 210 – a loss of 70 litres,” the Stinga boss said.

When the driver returned to base, Spence said, the owner told him that he was aware that exactly 70 litres of fuel, valued at $15,000, had been taken out of the tank, and at the end of the week, it was taken out of the trucker’s pay.

Spence said that the following Monday, two other drivers did not turn up for work, and when he enquired, he was told that they had quit. They had decided that with the source of their illicit gains disrupted, it was no longer feasible to continue in the job.

So now the owner doesn’t have a fuel-theft problem; he is facing a driver shortage problem, the Stinga managing director told The Gleaner.