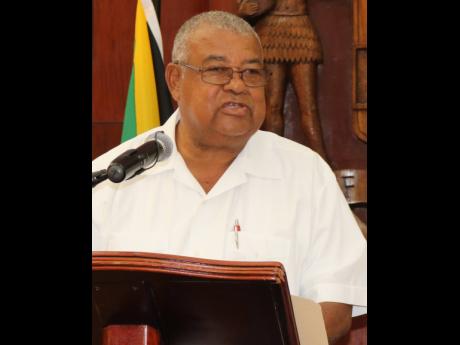 Minister without Portfolio in the Ministry of Economic Growth and Job Creation, Daryl Vaz, gave the assurance last week that the door is still open for changes to the final document, even though Cabinet has already signed off on the revised Greater Portmore Bernard Lodge Development Plan. The proposed plan is an investment covering a total of 5,397 acres, 3,026 acres of which have been allotted for agricultural purposes, with the remainder divided between residential, commercial, light-manufacturing, mixed-use and social services.

He told a press conference at Jamaica House last Friday that the first in a series of townhall-type public consultations is slated to be held today, where the views of residents of Dunbeholden, Phoenix Park and Salt Pond Gardens of Greater Portmore, St Catherine, will be given serious consideration.

“A professional team will be there to present just like how we presented here today, and to field questions and also take recommendations/suggestions, because it’s never too late to make changes, if it is that those changes make sense and enhance what we already have. Those persons are the ones who live there and know better than any planner, exactly what some of the intricacies are as it relates to that. These are just average citizens who live in and around the area that want to come to a townhall to get a presentation, and also to be able to give their own inputs and comments,” he said.

Vaz explained that the government was committed to allowing for this, even though Cabinet had signed off on the plan in January 2020.

The Land Management Unit in the Ministry of Industry, Commerce, Agriculture and Fisheries, which approved the change of use of the land, given the fact that a section had been designated no-build zone in 2004, also laid out as a conditionality of its approval that there should be no further change of agricultural land in and around the area.

President of the Jamaica Agricultural Society (JAS), Lenworth Fulton, told the press conference that he now supported the investment, even though initially opposing it. This was due in part to the positive response from Vaz to his letter of May 18, 2019, asking for a commitment that hereafter all class 1, 2 and 3 lands would be preserved for agriculture. He further asked that the National Housing Trust be constrained by this commitment as well, given that it is so empowered by law that it can build on land it owns, without seeking approval from, or even informing the local authorities of its intention.

“Even though we need the houses, where there is agricultural land, let us walk carefully. We must preserve the watershed that protects the Rio Cobre and Rio Minho,” he added.

Minister Vaz explained that the original master plan approved by Cabinet in March 2018 comprised a total of 3,948 acres, of which 1,717 acres or 43 per cent was for agriculture and 2,231 acres or 57 per cent being non-agriculture.