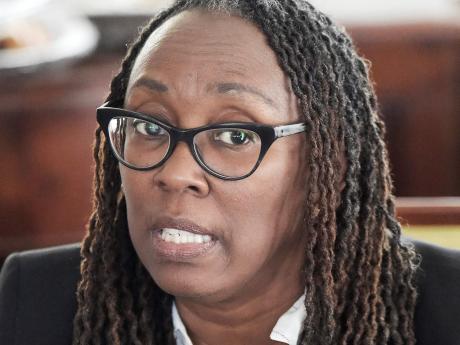 Anti-corruption campaigner Jeanette Calder ... It is not just message that is being sent to the commission.

A strong message is being sent to the government, donors and the Integrity Commission itself about the state of the entity, as a majority of Jamaicans have indicated that they have no confidence in it, two years after its birth. 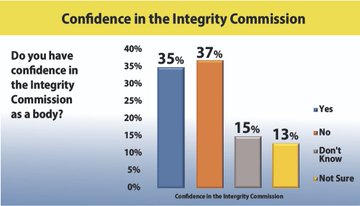 The pollster found that 35 per cent of respondents felt that the Commission was doing a good job while 37 per cent felt negatively about its role.

Another 27 per cent of respondents had no opinion about the work of the commission.

The poll had a margin of error of plus or minus three per cent and was conducted between February 8 and 18 this year.

According to Calder, many stakeholders have been looking on concerned because of the issues bedevilling the entity.

"You can’t separate the Integrity Commission from the extent to which this also reflects on the Administration because JAMP is of the view that a lot of the challenges the commission is facing are because of the legislation itself and we have to go back to fix that,” said Calder.

She said both the government and the Commission have legislative and internal issues to be fixed but noted that she still has faith in the entity.

“Unfortunately, at the end of the day the people of Jamaica are the ones who are feeling a little bit shafted because there are a lot of concerns and we don’t know that we are getting value for money. It’s a combination of factors, none of which are beyond the capacity and the government and the Integrity Commission to fix,” she said.

The Integrity Commission has come under scrutiny for delays in producing reports on investigations into Petrojam, the controversial sale of the Rooms on the Beach property by the Urban Development Corporation, and its handling of  the publication of reports on the Prime Minister and the Opposition Leader's statutory declarations.

Former contractor general Greg Christie has been selected to be new executive director of the commission. 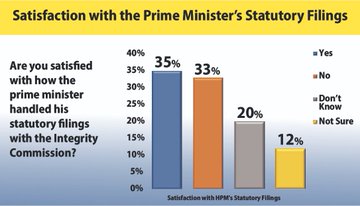 Meanwhile, the way Prime Minister Andrew Holness and Opposition Leader Dr Peter Phillips handled their statutory filings with the Integrity Commission last year did not find favour with many respondents to the poll. 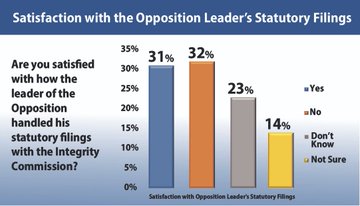