Ignorance or distrust: former PSOJ boss weighs in on resistance to divestment 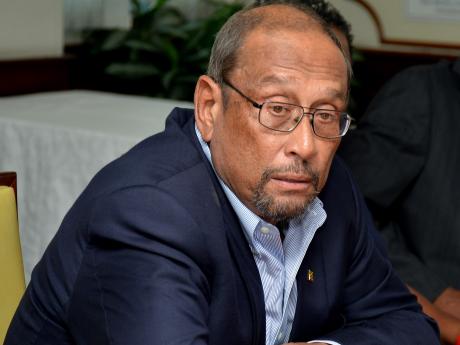 The poll, conducted between February 8 and 18 and has a margin of error of plus or minus three per cent, found that of the 1,038 Jamaicans surveyed, 76 per cent disagreed with the prospect of the Government selling its almost 20 per cent stake in the Jamaica Public Service Company (JPS) and TransJamaican Highway.

Fifty-nine per cent said that they disagreed with the Government's policy to privatise state-owned companies.

Twenty-six per cent agreed, while eight per cent did not know and seven per cent indicated uncertainty.

But when questioned if state-owned companies should be listed on the Jamaica Stock Exchange, 52 per cent said yes and 23 per cent said no.

Fourteen per cent did not know and 11 per cent said they were not sure.

The statistics suggest that Jamaicans are largely resistant to the Government giving up its stake in companies - except where the masses can benefit.

That instinct might be anchored in long-held suspicion that private enterprise might hike rates for services considered essential.

The poll responses, according to Mitchell, indicate that Jamaicans are either ignorant of the effect of listing on the stock exchange or distrustful of the private sector - so much so that that sentiment outweighed their frustration with inefficient state ownership.

"It is rather surprising to me that the vast majority of persons said no to the divestment of TransJamaican and JPS, as well as to privatisation," the businessman said.

Mitchell recommended that more be done to persuade Jamaican to invest in the stock exchange.

"It appears those surveyed are not convinced of the advantages of not having the State control the heights of our economy.

“The divestment, if properly done, can reduce the inequality of ownership and of income in Jamaica by allowing more people to profit from the activities of large enterprises," said Mitchell.

The Andrew Holness administration has talked up the benefits of a wider span of Jamaicans investing in the local stock market, calling that campaign the socialisation of wealth.

Last May, the government-owned Wigton Windfarm Limited was listed on the stock exchange following an initial public offer that generated some $14 billion.

That venture netted more than 11,000 new investors on the market.

The Government of Jamaica bought 100 per cent of the shares, via a short-term loan, in December 2019.

Mitchell's views of privatisation align with those of Ethnie Miller Simpson, president of the Jamaica Chapter of the Women's Entrepreneurs Network of the Caribbean, who added that in the present atmosphere of globalisation, the State is notorious for inefficiency and waste.

"If you look at it from a business perspective, then clearly a different decision needs to be made," she said.

"We are seeing a couple of things changing. We have women who are far more involved in business than before, but still not enough," she told The Gleaner.

"We are seeing in terms of investment, women are looking for opportunities to invest. However, we don't own as much as we should, so the confidence we ought to have is not as strong as it ought to be."