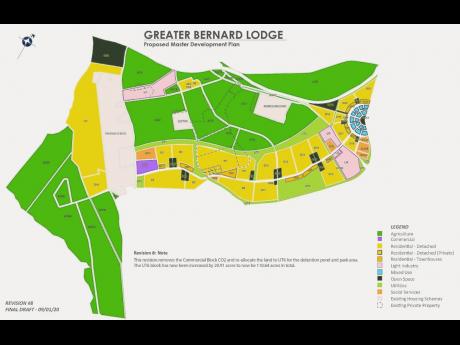 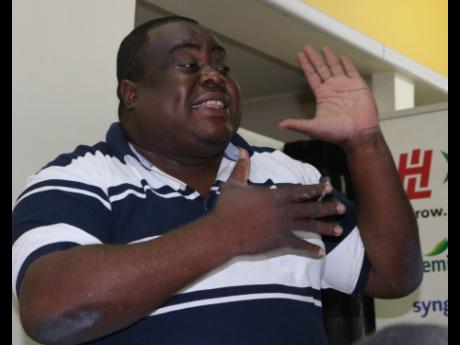 An adviser to the Government on agricultural policies and development recently warned farmers to be wary of Bernard Lodge and other mother mega-farm plans earmarked for St Catherine. He cautioned that the plans could lead to the demise of small farmers, who would be gobbled up by the economies of scale of these operations.

Chairman of the St Andrew Rural Agricultural Development Authority (RADA) Parish Advisory Committee Lloyd Benjamin charged the farmers to act now through the Jamaica Agricultural Society (JAS) and seek responses to the many unanswered questions before lending their support to the project.

“A lot of you in St Andrew growing vegetables and crops that are going to be cultivated on the St Catherine Plains, Bernard Lodge, and Inswood. They are bringing in the Israelis and they are going to be growing these [crops] very efficiently. It is going to mean that you can’t compete at the same level with your onion, scallion, and Irish potatoes. That reality is here, not tomorrow. It deh ya now,” Benjamin told the half-yearly meeting of the Kingston and St Andrew Association of Branch Societies of the JAS.

“You are an advocate society representing farmers, but me nuh hear unnu mek no noise ‘bout certain things. Unnu accept some things too easy,” Benjamin said, directing this accusation at the executive of the Kingston and St Andrew Association of Branch Societies. “What is the benefit that is going to come to you? “ he questioned.

Gassan Azan, the businessman behind the planned $11-billion Lakes Pen agricultural project, wants to integrate a farmer’s market into the venture as a retail hub that would replicate Coronation Market in downtown Kingston.

He has already earmarked 75 per cent of the 100 acres acquired from the Government to greenhouses, orchards, and open fields for the farming operation.

The remaining 25 per cent of the land could be utilised for a processing facility, and, possibly, a farmers’ market for the buying and selling of fruits and vegetables produced on the lands. This acquisition is the start of a farming operation that will eventually span 400 acres.

Minister of Industry, Commerce, Agriculture and Fisheries Audley Shaw disclosed on Wednesday, February 5, that a group headed by business mogul Michael Lee-Chin is also investing in a major agricultural project in St Catherine.

He said the mega farm, to be established on lands formerly occupied by Innswood Sugar Estates, will have mango and soursop orchards, cantaloupes, melons, and short- and long-term crops.

Delivering the keynote address at the Jamaica 4-H Clubs National Youth in Agriculture Symposium held at the Northern Caribbean University in Mandeville, Manchester, Shaw said Lee-Chin has taken over about 3,000 acres of land and that Israeli technology would be utilised in its operations.

“These are some of the many little issues that are sabotaging you the farmer, and you affi start to stand up,” insisted Benjamin, who also questioned what would be done differently this time around to guarantee the feasibility of these projects given Jamaica’s history of failure?

“I hear them talking about mother farms. Let me just tell you something: mother farms are not new to Jamaica.Nyerere Farm in the ‘70s, Spring Plains in the ‘80s, they all failed. What is going to change now to make it different?”