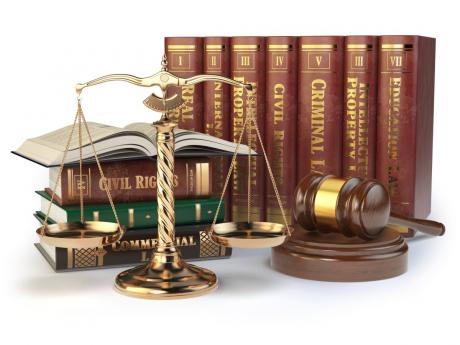 Brilliant Investments Limited is at it again, this time in the Court of Appeal, in its bid to hold on to properties purchased by it and transferred to a third party on the instructions of well-known attorney-at-law, Jennifer Messado, without its knowledge.

For some reason, Morrison and Mrs Messado had agreed to appoint Braham as the company’s sole shareholder and director. It was, however, understood by all the parties that Braham would be acting in her capacity as shareholder and director, purely as the nominee of Morrison. Braham’s sole qualification for this sensitive designation appeared to have been her close relationship to Messado, having worked for Messado’s law firm for approximately 40 years, since she was 18 years old.

Acting on her boss’ instruction, Braham had subsequently signed over transfer documents to two properties owned by Brilliant Investments, to Rory Chinn, without the knowledge of Paul Morrison. In her own defence, Braham had contended that she thought Messado had had the necessary permission to instruct her to sign.

Having sued all three parties to the transfer of the properties in question, alleging fraud, breach of contract, negligence, among others, Brilliant Investments had obtained judgments against Messado and Braham, but not against Rory Chinn, whom the court had concluded had not knowingly participated in the fraud perpetrated by Messado on Brilliant Investments.

The impact of the Supreme Court ruling was such that Morrison, in effect, had to say goodbye to the properties his company had purchased even though he was never aware of their transfer in the first place. To compound matters, Morrison was left to look to two seeming ‘women of straw’, to attempt to recover the damages suffered by the transfer, while the one person of some seeming substance in the scenario, Chinn, had been allowed to walk away, having been adjudged as properly vested with Brilliant’s properties.

Having appealed the Supreme Court judgment, in so far as Chinn was concerned, on the 28th of January and 12th of February, 2020, the Court of Appeal heard an inter-partes injunction application (that is, both parties being present), brought by Brilliant Investments Limited to prevent the sale of the two properties in question. In a nutshell, Brilliant was seeking an injunction, pending the hearing of the appeal, as it contended that any sale of the properties before the appeal was heard would cause it grave injustice. Evidence was led before the court which showed that the sale of one property was already in train.

The big issue for determination of the Court of Appeal was whether, upon reviewing the substantive grounds of appeal filed by Brilliant, it appeared that the company had a reasonable prospect of success in the appeal. According to Justice Foster-Pusey, the presiding judge, “In my view, if there is no reasonable ground of appeal, then no injunction should be granted pending the hearing of the appeal.”

Having reviewed the grounds of appeal filed by Brilliant Investments, Justice Foster-Pusey concluded that the grounds did not have a reasonable prospect of succeeding, given that most of them were challenges to findings of fact arrived at by the Supreme Court judge and not challenges to the law. She further concluded that even if the grounds of appeal were reasonable, damages would have been an adequate remedy for Brilliant, and as such, no injunction was warranted.

In the words of the judge:

“ Hylton described the appeal as ‘hopeless’. While I will not utilise that description, it seems to me that the applicant will find it extremely difficult to convince the court that the learned trial judge was plainly wrong in his findings of fact, had no evidence to support critical findings made or arrived at a conclusion to which no reasonable judge could have come.

“In any event, I agree with Hylton’s submissions that damages would clearly be an adequate remedy in this matter if the applicant were to succeed in its appeal after an injunction is refused pending appeal. Both the applicant and the respondent seem to buy and sell properties as investments. In addition, in the notice of appeal, the applicant has sought damages as an alternative to the injunctive orders in the event the latter is not granted. This indicates that it is recognised that damages could be sufficient compensation in the circumstances.”

The effect of this recent Court of Appeal’s ruling is that even more misery has been added to Brilliant’s plight, as it fights to hold on to its properties. With this ruling, the path has now been cleared for Mr Rory Chinn to proceed to sell the properties, albeit Brilliant’s appeal not yet being heard.