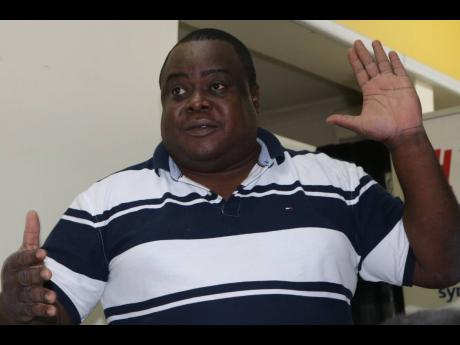 Lack of knowledge, coupled with the limited access to modern technology are among the major issues keeping Jamaican small farmers shackled to subsistence farming, unable to scale up their farming operations to the feasible business ventures they need to be.

These were among the pointers shared by chairman of the St Andrew Rural Agricultural Development Authority (RADA) Parish Advisory Committee, Lloyd Benjamin, as he addressed the recent half-yearly meeting of the Kingston and St Andrew Association of Branch Societies of the Jamaica Agricultural Society (JAS).

“All those things have to change and we have to make sure the people who are reaping the benefits are genuine farmers. The greatest benefit RADA can give you is education, what we can do is to pass on the new technologies to you. You must get the new technologies to compete with the 400-acre and 3,000-acre farms. Don’t fool yourselves and think you will always have exclusive control over Coronation Market,” he charged the farmers while delivering the keynote address at their head office on Church Street, downtown Kingston

It was important for farmers to speak up and speak out against the inequities facing them, the RADA executive insisted, arguing that nothing would change if they continue to accept the hand dealt to them.

“The JAS is an advocate organisation and its first priority is to advocate on your behalf. So me nuh want unnu come a di meeting them and come siddung and nuh make the point with the people who making the decisions. They can’t make decisions unless you informed because you a di farmers and you must express yourselves,” Benjamin urged.

He warned that if they failed to act now, 30 years hence when most of them were relegated to using walking sticks, they would be debating the same issues with little or no changes, and so he gave them the following charge.

“Mr (Jack) Green (president, Kingston and St Andrew Association of Branch Societies) must come lick down my door at RADA every month when me haffi go a board meeting and have some issues that I must advise the minister that must change, a come from you the members. A so the system work. If you agitate and make noise, and I mean using the legal channels, of course, it will change.”

The RADA executive also offered some insight into sector-specific corrupt practices within the agriculture sector where non-farmers are being registered as members of various commodity boards and production marketing organisations and collecting benefits intended for farmers.

Turning to coffee, he said that when assistance in the form of fertiliser or other input comes, it is given to the coffee buyer who does not even own one coffee seedling, and he in turn sells it back to the farmer who should have benefited in the first place.

“Me nah ask nuh question you know, me a tell you,” Benjamin declared, explaining that when Hurricane Sandy struck in 2012, it wiped out eight acres of West Indian Red and two acres of Scotch bonnet peppers he had under cultivation in St Thomas, but his request for assistance was denied on the basis that he was a “big farmer”.

“Then the same people who get the fertiliser a carry it come back come sell me,” he disclosed.

Benjamin challenged the farmers to seize the moment and press for significant changes that will result in the substantive transformation of the sector that is urgently needed, instead of depending on handouts.

“RADA’s job is to carry out government policy, so what you have to do is to influence these policies if you want the change. So you are going to let your voices be heard. Stop worry bout the one-one bag a fertiliser, that can’t help you. What you want is meaningful change.”