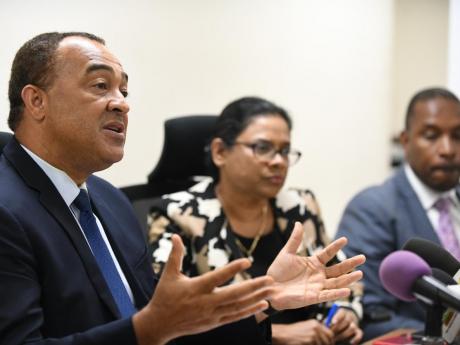 With the confirmation of Jamaica's first imported case of the Coronaviurs, health officials say they will now move swiftly to trace the people with whom the patient may have come in contact.

The patient, described by Health Minister Dr Christopher Tufton as a young woman, arrived in Jamaica from the United Kingdom on March 4 to attend a funeral.

At a press conference a short while ago, Tufton said it could not yet be determined where else she may have visited.

Chief Public Health Officer Dr Jacquiline Bisasor McKenzie says the patient is in a stable condition. In the meantime, she says efforts will be made to trace all the people she may have been in contact with. These people will be quarantined. pic.twitter.com/cXp0xUeajj

However, he has reiterated statements by chief medical officer Dr Jacquiline Bisasor McKenzie that the virus can only be transmitted when patient is showing symptoms.

The patient presented to the doctor with respiratory symptoms on March 9, that's five days after she arrived in the island.

Meanwhile, Bisasor McKenzie says the people with whom the patient may have come in contact will be quarantined.