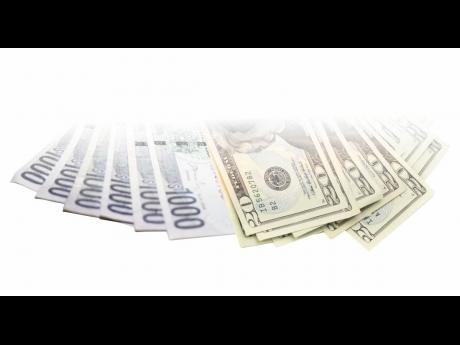 In light of the worldwide economic implications of global occurrences, including the economic impact of the coronavirus, the department of Economics, University of the West Indies, Mona, will host its annual West Indies Economic Conference tomorrow, March 12, and Friday March 13 at the UWI Regional Headquarters, across from the main gate of the Mona campus.

All are welcome. Registration begins at 8:30 a.m. and the welcome and opening remarks, from 9:00 a.m. - 9:30 a.m., will be given by Dr Nadine McCloud-Rose, head, Department of Economics, UWI, Mona. The first session will also feature the keynote speech, from 9:15 - 10:15 a.m., by Professor Janet Currie Henry Putnam, Professor of economics and public affairs at Princeton University on ‘Child Health as Human Capital’.

- The first panel from 10:45 a.m. - 12:15 p.m. on growth & development will feature Dr Perera-Tallo: ‘Growth and Aid: a Hump-Shaped Relationship’. Bill Francis, LiuLing Liu and Zenu Sharma will discuss ‘The Impact of Societal Trust on R&D: International Evidence’. Diether Beuermann, C. Kirabo Jackson, Laia Navarro-Sola and Francisco Pardo will present on ‘What is a Good School, and Can Parents Tell? Evidence on the Multidimensionality of School Output’; and David Salmon: will look at ‘Potential Opportunities Sovereign Wealth Funds Present for the Sustainable Development of Caribbean Nations’.

- The fourth panel on Finance & Monetary (1:15 p.m. - 3:00 p.m.) will be chaired by myself Andre Haughton. In this panel, Peter Doyle will present on ‘A Pre-emptive Sovereign Insolvency Regime: Bring the sovereign insolvency regime into line with that for banks, now, starting with Venezuela’. Maud Korley and Evangelos Giouvris will present on ‘The Exchange Rate and Stock Price in Selected Frontier Market: A Regime Switching Approach’. Andre Harrison and Robert Reed: ‘Capital Flows to Developing Countries: Implications for Monetary Policy Across the Globe’; and Collin Constantine, Eli Direye and Tarron Khemraj on ‘Excess Liquidity and the Exchange Rate: The Case of Papua New Guinea’. Novelette Panton will look at ‘An Exploration of the Structural Form of Central Banks and the extent to which Low and Stable Inflation is consistent with Particular Structures’.

- Panel eight: Growth & Development II (8:30 a.m. - 10:15 a.m.). Chair: Christine Clarke, Department of Economics, UWI Mona. Nilanjan Banik will present on ‘What is Driving the Platform Economy? An Examination of Underlying Trends and Implications’; Samuel Braithwaite on ‘Fiscal Decentralisation & the Resource Curse: The Case of Guyana’; Weili Ding, Michael J. Kottelenberg, and Steven F. Lehrer on ‘Anticipating the (Un)expected: Evidence from Introducing a Universal Childcare Policy with a Shortage of Spaces’; Samuel Indalmanie on ‘An Analysis of the Relative Effectiveness of Monetary and Fiscal Policy on Economic Performance in Four CARICOM Member States: Barbados, Guyana, Jamaica and Trinidad and Tobago’; and Chuan Chen, Barton Hamilton and Prasanthi Ramakrishnan on ‘Gender and Mentorship in Entrepreneurship’.

- The event will close with an invited session on labour economics (12:30 p.m.-2:00 p.m.). The first discussion will be on ‘Worker Empowerment and Subjective Evaluation: On Building An Effective Conflict Culture’ with Victoria Valle Lara and Christian Zehnder. Speaker: W. Bentley MacLeod; and Sami Mnaymneh, professor of economics and professor of international and public affairs, Columbia University; ‘Labor Market Power From American Slavery to Amazon Mechanical Turk’. Another speaker is Suresh Naidu, Professor of economics and international and public affairs, Columbia University.

We look forward to informative and economically accurate discussions. See you there.

Senator Dr Andre Haughton is a lecturer in the Department of Economics on the Mona campus of The University of the West Indies. Follow him on Twitter @DrAndreHaughton; or email editorial@gleanerjm.com.