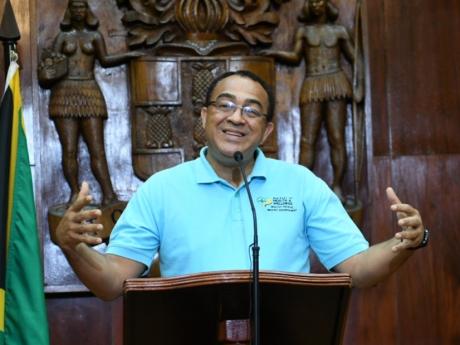 Twenty-five cases of gloves and masks, suspected to be stolen from Kingston Public Hospital have been seized by the Counter-Terrorism and Organised Crime (C-TOC) arm of the Jamaica Constabulary Force.

The raid took place between 2 p.m and 5 p.m. this afternoon.

The head of the Constabulary Force’s Corporate Communications Unit told The Gleaner said no one has been arrested and investigations continue.

At a press conference a short while ago, Health Minister Dr Christopher Tufton said the public health system has lost a lot of protective gear through theft.

"It's really contributing to the challenges that we face," he said.

Tufton said people are stealing the gear to sell them in the marketplace.