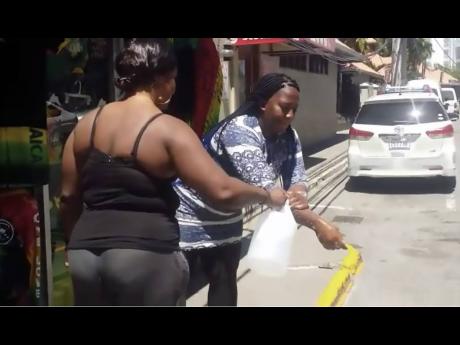 Contributed
A vendor washes her hands along Montego Bay’s Hip Strip last week. Jamaicans have ramped up handwashing and other sanitisation measures to counter the danger of COVID-19 infection. 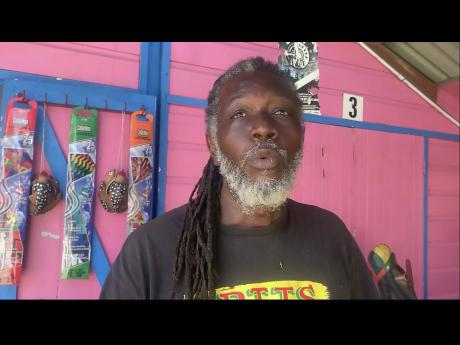 Contributed
First Man of the Rastafari Indigenous Village says his operation has been shut down for 14 days as a self-imposed precautionary quarantine.
1
2

The cavalier attitude many Jamaicans sometimes take towards natural disaster was nowhere in evidence in western Jamaica on Friday as the region reacted to the news that a person is now in an isolation ward at the Cornwall Regional Hospital in Montego Bay after testing positive for the novel coronavirus.

At the Montego Bay Craft Market, where vendors often resist efforts to get them to close down for rehabilitation and clean-up activities, the vast majority were pleading for the facility to be shuttered for at least two weeks as per the quarantine protocol.

“It would be for our health and well-being,” said Ann Marie Grey, who admitted that she was worried. “I believe we should have a mandatory two-week quarantine … . If you are going to say people have their children to care of ... a sick mother or a sick father cannot take care of a child. A child needs healthy parents.”

One of Montego Bay’s premier attractions, the Rastafari Indigenous Village, was officially closed to the public precautionarily, as the operators decided to cease operations for two weeks.

“We closed to the public on Thursday, and we are putting ourselves through our own period of quarantine just to ensure that we are clear,” said First Man, one of the administrators at the popular tourist destination.

“I believe that everyone who is dealing with tourists needs to step back for a moment to secure themselves … . In fact, I would suggest that everyone should tell themselves that they have it and start to treat themselves. Drink the garlic, drink the ginger … mix your bird pepper and water and sip it. Whether or not you have, it’s not going to do anything but strengthen your system.”

Western Jamaica police have also been establishing their own protocols under the guidance of the Ministry of Health and Wellness.

DETAINEES ON THE RADAR

In Hanover, Superintendent Sharon Beeput, the divisional commander, was busily dispatching sanitation supplies to the police stations across the parish, including police-military checkpoints. Even detainees were on her radar.

“They are in our care, so we have to do what we can to ensure that the cells are properly sanitised and that those who come in contact with them follow the required health protocol,” said Beeput.

In St James, Superintendent Vernon Ellis was conducting quarantine training and the implications for law enforcement on workplace management, safe interaction with suspected infected persons, and the distribution of supplies.

“We are not panicking. We see this as an opportunity to show the capability of the force in a national emergency … . Whatever we doing, we are pulling in the military, because both of us are working in the same space,” said Ellis.

While the Hip Strip was somewhat quiet, a few visitors were observed strolling around and visiting the various gift shops. One English couple told The Gleaner that they did not mind being stranded in Jamaica should there be a temporary ban on flights in and out of Jamaica. New travel restrictions between Jamaica and England take effect today.

“No, the weather is better here … . This is all about having a good holiday,” one of them said.