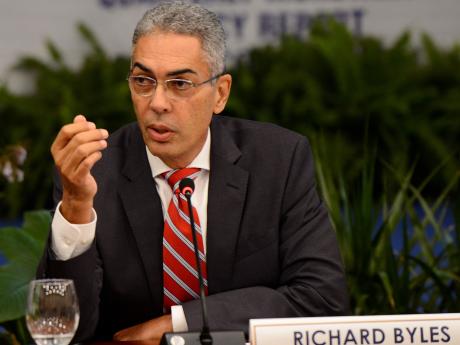 The Bank of Jamaica (BOJ) says it is moving to facilitate expanded access to foreign currencies and the Jamaican dollar.

Byles says with the sharp contraction in the tourism industry and the likely disruption to remittance inflows, the supply of foreign exchange to the market will fall in the near term.

He says the central bank will support the foreign exchange needs of businesses in the real sector through sales to authorised dealers and cambios, as needed.

Additionally, he says the BOJ stands ready to expand the volume of swap arrangements with authorised dealers.

At the same time, Byles says the central bank has asked securities dealers and arrangers to postpone the issue of instruments denominated in foreign currency until the flows in the market can accommodate these capital market transactions.

- Removing the current limits on the amounts that deposit-taking institutions (DTIs) borrow overnight without being charged a penal rate. Overnight liquidity support will be made available at the prevailing rate of 2.5 per cent, limited only by collateral.

- Re-introduction of a facility whereby the central bank can make Jamaica dollar liquidity available to DTIs for periods up to six months. These lending arrangements can be backed by GOJ and BOJ securities.

To enable access to liquidity by all financial institutions, the BOJ governor says the bank is also prepared to purchase GOJ securities on the secondary market from holders of these instruments to intermediate funds between holders of liquid balances and others who require liquidity and will activate the Emergency Liquidity Facility that was established in 2015 upon application by any financial institution.

Byles underscored that it will be critical that the financial system remains liquid and able to meet the needs of all stakeholders.