David Christie using bamboo to put Peckham on the map 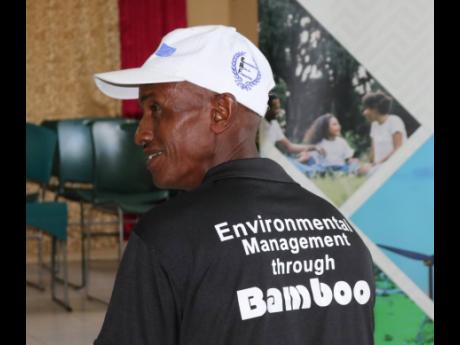 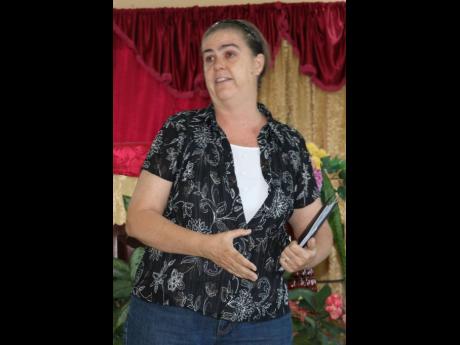 Christopher Serju
Dr Sylvia Michell, an expert in tissue culture and group leader in medicinal plant research at the Biotechology Centre at The University of the West Indies, Mona.
1
2

At a recent meeting of stakeholders in the fledging bamboo industry at the Miracle Lane Church of the Full Truth in Peckham, Clarendon, David Christie arrived early and took a seat in the front row. He seemed like an eager beaver who wanted to see and hear everything, and throughout the proceedings, paid rapt attention.

It was only when head of the medicinal plant research group at The University of the West Indies, Mona Biotechnology Centre, Dr Sylvia Mitchell, made her presentation that Farming Today got a sense of Christie’s sterling contribution to the project.

When the initial project got under way in 2014, participants were excited but when Dr Mitchell wanted to plant bamboo, no one volunteered their land.

“They said they wanted a bamboo project, but no one was offering their land to use. He was the only one who not only offered land, but also gave suggestions on what to do. Because the other problem was how do I get out here often enough to record the data and could I find somebody to take down the data the same time every week and make sure there are enough replicates?”

That was the start of a fulfilling research relationship that would transcend anything the scientist had anticipated.

“He did it so easily and knowledgeably, even giving me suggestions and we got a lot of data,” she told Farming Today. “I don’t think that if I had somebody who was university-trained it would have got as much data.”

However, for Christie, who sits on the executive of the Peckham Community Development Committee (CDC), it was the only natural thing to do in light of the potential socio-economic gains promised for the remote community, even though it held little in the way of personal rewards.

“No, I didn’t do any of the training because when them come with the first training, me way over 50 (years-old) and is for the younger people. So I was just on the sidelines,” he told Farming Today.

But on the sidelines is not where this dedicated community stalwart would remain. With a little prodding from Dr Mitchell and lots of initiative and drive, the Peckham farmer would go on to outdo himself.

Describing Christie as obedient, Dr Mitchell recounted that when she told him she wanted to check the height of some of the bamboo plants, he cut at least five from the clumps growing beside a river and took them up to the roadside, where she could easily access them. However, that is not his most significant achievement, according to Dr Mitchell.

“I wanted to have pieces of twigs to take back to see if I could get them to grow and I told him what to do. He improved on my instructions because he set 66 bamboo twigs in a small container and 64 sprouted because he did it properly.”

Still, when the need arose, the Clarendon farmer would rise to the occasion, time and again.

With no data available on the amount of bamboo in the community, where it grows in abundance and is used primarily as yam sticks, Dr Mitchell sought to commission the Mona GeoInformatics Institute to do global positioning system (GPS) mapping of the plant, but the cost proved prohibitive.

Who did she call on?

David Christie, of course, and he agreed to go to the institute for the appropriate training.

“A lady up there show me how to record the data, how I must operate when I take the information, how I should bring it back to them. You have a thing called weights which the GPS has, and so I would come to you and you show me all the boundaries of your property – from east, west, north to south – and I would make notes. When I am finished, I would go by the GeoInformatics centre and they put it on the GPS system; and so, now they can stay up at the university and look at the property down here,” he explained.