No shortage of produce to feed the nation 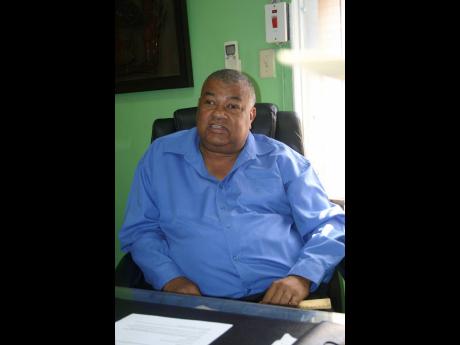 The outlook for domestic food production over the next two months is very good, with pork, poultry and eggs topping the list in areas which Jamaica has achieved near self-sufficiency. In addition, there are enough crop inputs in place to drive production, as needed, over this time frame.

So amid concerns about the availability of food in the wake of the deadly novel coronavirus (COVID-19) outbreak, President of the Jamaica Agricultural Society (JAS), Lenworth Fulton has moved to dispel fears about any shortage of food crops, explaining that there is no need for hoarding or panic buying of perishable food items.

Fulton explained that Irish potato cultivation has been staggered to ensure an ongoing supply, with the crop at various stages of maturation between the early planting in St Ann and Guy’s Hill, and the late planting in Coleyville, Manchester.

“What I am not certain of is the coco, dasheen and yam production, but we have enough of that for the next eight weeks, so there would be no serious impact,” according to the JAS head.

Minister of State in the Ministry of Industry, Commerce, Agriculture and Fisheries, Floyd Green told the recent Hague Agricultural Show in Trelawny that the parish’s farmers had increased yam cultivation for 2019 to 4,929 hectares over the 4,517 hectares in 2018. Production also climbed to 78,864 tonnes in 2019, compared to 69,437 tonnes in 2018.

This he attributed to the success of the ministry’s intervention under its Production Incentive Programme (PIP) being implemented by the Rural Agricultural Development Authority.

Through the PIP, 500 Trelawny farmers have received assistance with the cultivation of six crops – sweet yam, Irish potato, dasheen, hot pepper, pineapple and strawberry. Some $13 million has been provided to the farmers in the form of seeds, seedlings, pesticides, irrigation units and small equipment.

Fulton explained that fluctuation in crop production could arise because of drought conditions affecting the St Catherine and Clarendon plains, but added that this is being offset by consistent rains in the main vegetable-growing areas of the country.

Turning to the issue of cancellation of all activities for the annual Farmers’ Month celebrations in April, as well as key JAS parish agricultural shows, Fulton lamented the expense livestock farmers have invested to get their animals in prime shape to compete at the various events. Crop farmers would also be disappointed at not being able to showcase their products.

In addition, Fulton noted that suppliers who usually look to the JAS events to showcase new and emerging inputs, innovation and equipment, would also be greatly inconvenienced.