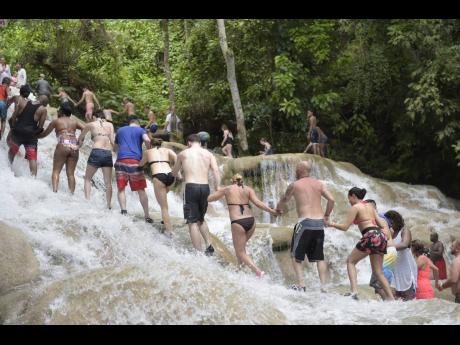 With local COVID-19 fears now reaching panic levels, some stakeholders in the hospitality sector who are being forced to report to work despite not falling into the ‘essential service workers’ category are resorting to sick leave to create their own social distancing.

A well-placed source with ties to one of the major vacation clubs, which provides special hospitality services to the hotel sector globally, says that discontent among workers is rampant at this time as while they would like to be sent home, they are being forced to stay on the job, meeting and greeting tourists without knowing their status as it relates to the deadly coronavirus.

The worker, one of several who have been taking the sick-leave route to get away from the job, said that panic was heightened after a visitor who had been a guest at one of the properties serviced by the group tested positive for COVID-19.

“One of the properties has turned up one case, and just days before, we were still required to meet and greet guests, including shaking hands,” the worker said. “Panic is setting in among the workers. I believe hundreds of us have been exposed in Montego Bay, Negril, and Ocho Rios.”

Another sector worker, who also requested anonymity, told The Gleaner that based on what she has read about COVID-19, she is convinced that she contracted the virus but has since recovered.

“Two weeks ago, I came down with fever and was off for several days. I am convinced that I got it but have now recovered. I am now feeling better, but I don’t know my status as it relates to the virus because we have not been tested, despite being exposed to so many visitors. That is why some fearful workers are now taking sick leave to get away from these properties.”

Both workers are now making an urgent appeal to the Ministry of Health and Wellness to look at their situation. They say that as they are on the front line of a sector that interfaces with visitors from all over the world, to include some of the countries hardest hit by COVID-19, their risk is probably greater than that of workers in other sectors.

“They are telling us that they cannot send us home until the last guests are off the respective properties. Why should we have to wait until the last guest checks out? Couldn’t the minister [of tourism] put all the tourists that are left in a few hotels to minimise the risk? My God, that is common sense!” the worker said.

The workers also expressed grave concern for some of their colleagues with pre-existing conditions that would make them more susceptible to serious illness resulting from contracting the virus, which has now killed over 10,000 persons globally.

“A worker at one property who is diabetic recently got sick on the job and was sent home. We have since learned that her three-year-old child is now sick as well, so you can just imagine what that news is doing to the people who are still on the job,” the worker said.

The hospitality workers are not the only non-essential workers now in full panic mood. Workers in the outsourcing sector in Montego Bay are also claiming that they are being forced to work under threat of losing their jobs if they fail to report as per their schedule.

“They (the outsourcing sector) are not complying with the Government’s directive about putting in sanitisers and the other things to keep us safe. They have us working in these cramped concentration-camp settings, and it is not right,” a worker at a Montego Bay call centre told The Gleaner yesterday.

“If one person gets the COVID-19, it is impossible for the other workers in the building to escape it because there is no room here for social distancing,” the worker added.