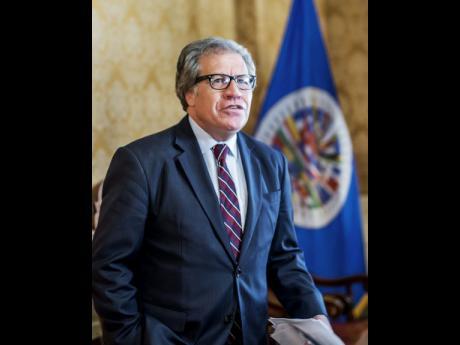 Secretary-General of the Organization of American States, Luis Almagro.

He received 23 of the 33 votes of members states, while his contender,  María Fernanda Espinosa from Ecuador, obtained 10 votes. One country was absent.

It's not clear how Jamaica voted at this time, despite lobby from Washington for Almagro. Many CARICOM votes reportedly went to Espinosa, including the votes of Antigua and Barbuda and St Vincent and the Grenadines, which had endorsed her candidacy.

In an interview with The Gleaner in early March, Prime Minister Andrew Holness had said Jamaica had not yet made a decision for whom it was voting, despite Washington's lobby. He said the country's decision would be disclosed close to the time for the vote.

Thirteen CARICOM states along with Mexico reportedly had signed and sent a letter to Washington urging the postponement of the vote in the wake of the COVID-19 global outbreak. The Miami Herald reported that Haiti was the only CARICOM state, which did not sign the letter.

The Gleaner is tracking this developing story.