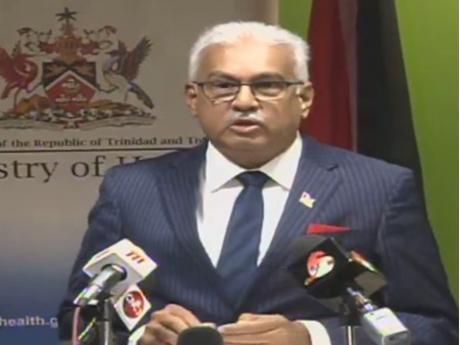 Trinidad and Tobago has closed its borders as its confirmed cases of COVID-19 jumps to 49, up from nine on Friday.

The Trinidad Express reported a short while ago that National Security Minister, Stuart Young, announced the closure of all borders effective midnight on Sunday.

He said this had become necessary to mitigate the spread of COVID-19.

No international flights will be allowed to enter the country. This will affect both nationals and non-nationals.

Cargo vessels bringing food and pharmaceuticals into the country will, however, be allowed to enter.

The 40 were among those on a cruise ship docked off the coast of Guadeloupe for several days before Government chartered an aircraft to bring all 68 home on Tuesday.

The cruise ship was denied permission to dock after multiple passengers, not Trinidadians, were confirmed with COVID-19.

The group was moved from the aircraft and placed on buses and taken to the secured camp.

On Thursday, all were swabbed for testing. However, several  had already fallen ill with fever, cough, and lethargy. Several of them were elderly persons, the Express says.

The 40 were moved to the Couva Hospital this morning about 2:30 a.m., to reduce the risk of community spread the Trinidad Guardian says.

The cruise ship passengers have hired senior counsel Trinidadian lawyer, although it is not clear why.

Testing is to resume on those remaining in quarantine at Balandra.

All cases of COVID-19 in Trinidad are being described as imported at this point. However, The Guardian reports that at least one of the cases was contracted locally.