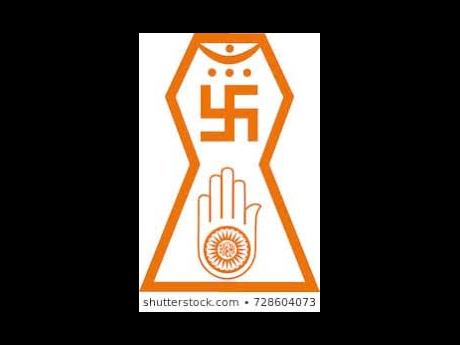 Every major religion has a book, a piece of literature, its main source of reference, and Jainism is no different. It has canonical scriptures that do not belong to a single era, and which has been revised over time.

This sacred literature, transmitted orally, is said to have been first organised in a council at Patna about the end of the 4th century BCE, and again in two later councils at Mathura (early 3rd century CE) and Valabhi. The fourth and last council, at Valabhi in the mid-5th century, is considered the source of the existing Shvetambarasect canon, though some researchers are insisting that it came from the Mathura Council.

The Purvas, the original, unadulterated teachings of the Tirthankaras, are said to have been contained in 14 ancient texts, which are now lost. The Shvetambara and Digambara sects agree that the time will come when the teachings of the Tirthankaras will be completely lost. They predictedthat Jainism will die and reappear at an appropriate point in the next time cycle (kalpa).

They disagree, however, about the extent to which the corruption and loss of the Tirthankaras’ teachings have already occurred. Thus, the texts for each sect are different.

The Shvetambaras embrace an extensive agama (collection of canonical texts) as the repository of their tradition. Based upon what are believed to be discourses by Mahavira that were compiled by his disciples, this canon preserves his teachings in an imperfect way, since it has been subject to changes and loss throughout the ages.

Bhadrabahu, traditionally recognized as the last Jain sage to know the contents of the Purvas, is thought to be the author of the Niryuktis, the earliest commentaries on the Jain canonical texts. These concisecommentaries, written in the Prakrit language, gave rise to an expanded corpus of texts called Bhashyas and Churnis.

Digambaras give canonical status to two works in Prakrit: the Karmaprabhrita (Chapters on Karma), also called Shatkhandagama (Scripture of Six Sections), and the Kashayaprabhrita (Chapters on the Kashayas). The Karmaprabhrita, allegedly based on the lost Drishtivada text, deals with the doctrine of karma and was revised by Pushpadanta and Bhutabalin in the mid-2nd century. The Kashayaprabhrita, compiled by Gunadhara from the same source about the same time, deals with the passions (kashaya) that defile and bind the soul.

The religious benefits of hearing and reading Jain texts encouraged the careful and dedicated preservation of manuscripts. The Jains have traditionally maintained important libraries throughout India, among the most significant of which are those for the Shvetambaras at Chambay and Patan (both in Gujarat state), and Jaisalmer (in Rajasthan state) and those for the Digambaras at Karanja (in Maharashtra state) and Mudbidri (in Karnataka state).

In addition to their canons and commentaries, the Shvetambara and Digambara traditions have produced a voluminous body of literature, written in several languages, in the areas of philosophy, poetry, drama, grammar, music, mathematics, medicine, astronomy, astrology, and architecture. The details of Jain doctrine did not change much throughout history, but the main concerns of the medieval period were to ensure that scriptural statements were compatible with logic and to counteract the rival claims of the Hindus and the Buddhists.