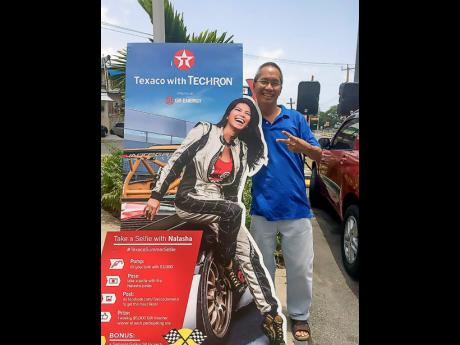 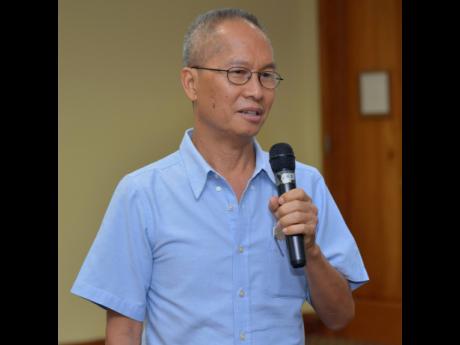 The two are children of late businessman Roger Chang, who went missing on March 14 and was found dead with multiple stab wounds the following day.

Natasha described their father as the apple of their eyes, who celebrated their achievements with passion and encouraged their every effort to accomplish their dreams, whether personal or professional.

“He was the best dad anyone could ever have. He celebrated us. We can’t imagine who would want to kill him. Our grief is made worse because we can’t come to Jamaica because of the coronavirus outbreak. And even if we could get to come, we would have to be in quarantine for two weeks,” she shared with The Sunday Gleaner in a voice thick with sadness.

Chang went missing after he travelled to Portland in the company of a female who went missing for several days but has now surrendered to the police. His body washed up on the shoreline in St Mary on Sunday, March 15 and was discovered by fishermen.

“It is just such a terrible time right now. People want to know about the funeral arrangements. So many persons have called or messaged to say they want to know details, but we can’t do anything. And since this is a murder case, we have to wait until the body is released,” she shared via phone from overseas.

The newly-wed Natasha is Jamaica’s pre-eminent racecar driver and is currently based in Florida. She was joined by her California-based brother Brandon the day their father went missing.

It was Natasha, in a social media post, who begged for help when her father did not return home after what was supposed to be a day outing to Portland.

“We trust the authorities to do their job and bring us closure. Daddy loved people, and he was a voice for so many, especially in various bodies, including his citizens’ association,” she said. “He was our whole heart. He was not afraid to let us know how much he loved us.”

People close to Chang described him as a champion of people’s rights.

“He was a crusader for New Kingston citizens’ rights. He was fearless in his pursuit of businesses perceived to be encroaching on the privacy rights of individuals in designated communities in New Kingston,” a well-known businessman told The Sunday Gleaner.

“Chang was peeved at the Government for allowing a growing number of commercial entities operating rights in the residential sections of the New Kingston neighbourhood. He railed against the loss of the right to privacy and freedom from noise with the establishment of a call centre, a bar, and restaurant in the community, in particular.”

Letters obtained by The Sunday Gleaner showed where Chang wrote to several individuals and bodies about the problem.

Between February 3 and 16 this year, on behalf of the New Kingston Citizens’ Association, he wrote to the prime minister, the police commissioner, and the National Environment and Planning Agency (NEPA), raising concerns about the three entities.

In a letter dated February 16 to NEPA’s chief executive officer, Peter Knight, Chang said that the citizens’ association had not been given the opportunity of a say before the call centre was built.

“We, the board of directors of the New Kingston Citizens’ Association, on the request of the residents, are hereby requesting a discontinuation of the construction of the call- centre development in the middle of our homes. The massive structure has taken away all privacy from properties, beside, behind, and in front of it and allows full visibility into the bedrooms, front and backyards of the residencies …” a section of one letter read.

According to Chang: “At no time was a hoarding erected, and the citizens had to go on their own quest to ascertain what was being built on the site. We stated our objection, but no one listened. We were subjected to construction noise seven days per week. No rest … . This is not our first communication regarding our objection to the above construction … ,” the letter stated.

That missive was the culmination of a series of meetings, communication, writings, and phone calls between July 25 and September 9, 2019.

On February 3, 2020, Chang wrote to Police Commissioner Major General Antony Anderson asking for his urgent intervention in the operation of two of the businesses.

“For some time now, the residents of New Kingston and its environs have been terrorised by two establishments within the community who continue to disregard the regulations under the Noise Abatement Act … ,” he stated.

“We have spoken to the owners, written letters to them, reported to the police, filed police reports, and nothing has changed … .”

The letter named a senior superintendent of police from the New Kingston Police as having “witnessed the noise first hand”.

The association requested, on behalf of residents, that the police seize the assets of entities and prosecute them under the Noise Abatement Act. It said that residents were suffering and asked that the authorities treat the situation urgently.

Julian Robinson, who is the member of Parliament for the area in which the New Kingston Citizens’ Association falls, said: “I am deeply saddened at the untimely death of Roger Chang. As president of the New Kingston Citizens’ Association, he was a fearless advocate for the rights of residents of the community. He was particularly vocal about developments built without regard for neighbours and the nuisance of night noise.

“He was not afraid to take on those who he felt were responsible for breaches. Outside of those responsibilities, he was a multifaceted businessman, task administrator, and solar energy advocate. The community will miss his passion and zeal. May his soul rest in peace.”