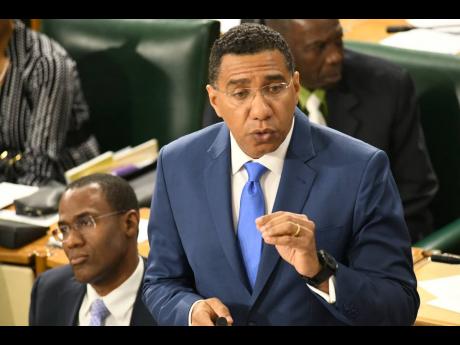 Prime Minister Andrew Holness says the Government has begun to explore the availability of suitable lands for housing in Port Royal.

Making the announcement during his contribution to the 2020/21 Budget Debate in House of Representatives on March 19, Holness said this is part of his pledge to residents of the town to enhance their standard of living.

“I have made commitment(s) to the people of Port Royal and we are going to keep those commitments in improving their housing, their sewage and their water. In fact, we have started (work on) the sewage and the water already,” he said.

Holness noted, however, that finding suitable locations for housing in Port Royal is challenging due to the layout of the area.

“I have asked the Urban Development Corporation to look on how we can reconfigure, find lands that would not be threatened because Port Royal is in a delicate area. We have started to look at that,” he said.

In the meantime, the prime mMinister assured that despite the global shut down of the cruise industry due to the novel coronavirus (COVID-19) outbreak, the Government will continue to develop the Port Royal Cruise Terminal and surrounding areas.

“We have received so far, two cruise ships and more were slated to come, but obviously with the shutdown of the cruise (industry), it is good that we are now having some time. So the little break that we have, we are going to take the time now to complete the infrastructure,” he said.

The establishment and build-out of the terminal is part of the Government’s project for the overall development of Port Royal which aims to transform the historic town into a thriving centre for tourism and also includes revitalisation of Fort Charles, building of a museum, among other works.

There will also be improvements in the roadways and drainage network.