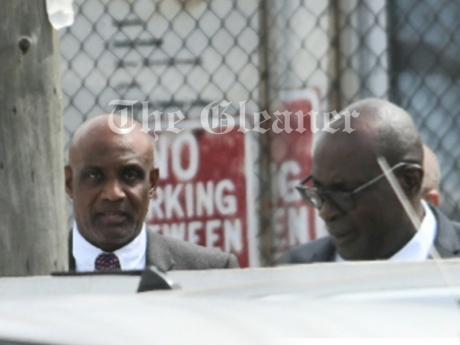 The Appeal Court has refused an application by resigned Education Minister Ruel Reid and Caribbean Maritime University President Professor Fritz Pinnock who were seeking leave to appeal a decision of the Full Court.

The court’s decision was handed down this morning.

Last month, the Full Court comprising justices David Batts, Chester Stamp and Stephane Jackson-Haisley rejected their application for leave to seek judicial review so as to get the charges laid against them by the Financial Investigation Division (FID) quashed.

The decision upheld the ruling handed down in the Supreme Court by Chief Justice Bryan Sykes in December 2019.

Reid and Pinnock had contended that the FID was not empowered by law to bring the charges against them and therefore acted illegally.

They further argued that the FID is purely an investigative body and does not have the legal authority to bring criminals charges or obtain a fiat from the Director of Public Prosecutions to prosecute them.

However, the attorney representing the FID rejected assertions that the police personnel acted unlawfully.

Reid; his wife Sharen; their daughter Sharelle as well as Pinnock and Brown’s Town Division Councillor Kim Brown Lawrence were last October arrested and charged following a year-long corruption probe into the Education Ministry and CMU.

The five are scheduled to return to the Kingston and St Andrew Parish Court on April 8.