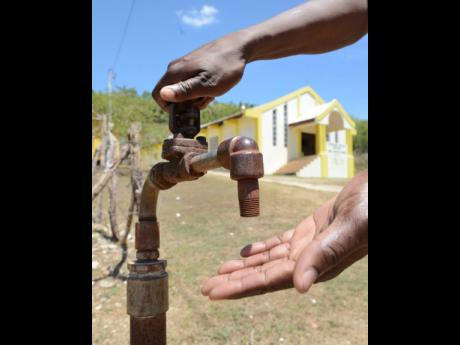 Although Hanover remains one of three parishes yet to record a case of the deadly coronavirus in Jamaica, there are concerns that efforts to keep the virus at bay may be hampered by a drought which has left several communities yearning for water.

With frequent handwashing and sanitising recommended as key tools to fight the spread of the virus, which has claimed four lives locally and more than 110,000 around the world, the limited access to water is posing a serious dilemma.

The drought has dried up several rivers, springs and streams, which residents could depend on for the commodity, affecting minor water supply systems and leaving several deep-rural districts without water. Among the affected communities are those served by Flint River, Cove River, and Kew River in eastern Hanover.

Marvell Sewell, councillor for the Green Island division, told The Gleaner that the Hanover Municipal Corporation (HMC) was trying its best to reach residents in all the areas affected, and that its efforts will be boosted with the acquisition of additional water trucks in another two weeks.

“Almost every stream in my division is dry,” Sewell told The Gleaner. “Only at the Logwood treatment plant and the Wire Bridge source there is some water. … The little springs that used to be all across the area are no more.”

While the HMC has stepped up the frequency of the trucking of water to the affected areas, Devon Brown, councillor of the Hopewell division, said that it has been challenging, despite using at least four trucks and getting additional assistance from others in St James.

“In my division, the HMC has assisted in trucking water to areas like Pondside, Cold Spring, Rejoin and Bamboo, among others, periodically,” Brown said. “We will not reach everybody on time, but we are trying our best.”