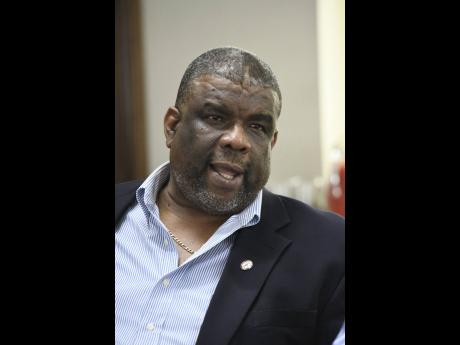 Workers in the essential services in St James, including medical personnel and firefighters, are calling for greater protection as they work on the front lines responding to emergencies even as the island battles the coronavirus pandemic.

With 69 infections and four deaths recorded in Jamaica since the highly contagious respiratory virus was first detected on the island, the workers believe improved counselling services and additional protective gear are needed to help the manage their fears, anxiety and added stress as they work through the COVID-19 outbreak.

“We have protocols in place to counsel them if there is a need. We look out for their welfare in terms of getting them to and from work, and if there is a need, they are tested,” he told The Gleaner last Wednesday. “Up to yesterday, there were several Zoom video-streaming meetings with those who were interested to give their feedback, and to advise them as to where and how they could get the services that are being offered.”

However, Melesa Wheatley, a medical technician at the Cornwall Regional Hospital in Montego Bay, St James, believes there is an immediate need for improved counselling services for staff at the facility to help them cope.

“There is [some] counselling and support, although it’s not as good as I would want it,” she told The Gleaner. “I thought there was an effort from the management as they announced sessions for staff counselling, but that was cancelled.”

When The Gleaner tried to get an assessment of his team’s preparedness and how they were coping, Dolfin Doeman, the divisional superintendent for St James Fire Department, said he was not prepared to speak on the matter.

However, a Jamaica Fire Brigade medical responder, who spoke on condition of anonymity, said that firefighters were concerned that they were not fully equipped with additional protective gear to work during the pandemic.

“As it pertains to protective clothing, we have a limited amount, and so we are not even wearing the proper masks. We’re using surgical masks instead,” the responder said, adding that there were concerns that they could be infected while lending assistance to members of the public.

“We would have to do screening to determine how we respond to calls because we could pick up persons who deny their true conditions ... . this has been done three times already,” the responder added.