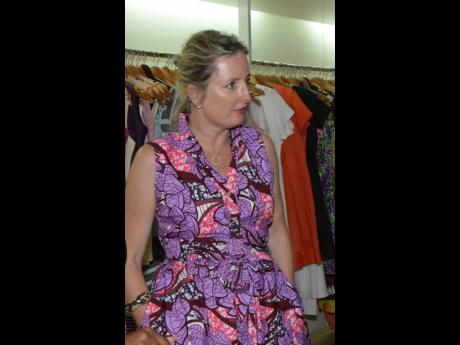 Katrin Casserly, president of Hanover Charities, the largest charitable organisation in western Jamaica, is calling for the Government, through the Ministry of Education, to lobby the telephony service providers in Jamaica to establish Internet hotspots in the deep-rural parts of the western parish.

Primary school teachers in Hanover who, because of the onset of COVID-19 should now be preparing students via the Internet for their Primary Exit Profile (PEP) examinations, have not been able to do so because some students live in areas where they don’t have access to the Internet.

One principal told The Gleaner in a recent interview that approximately 40 per cent of her students who are preparing for PEP are not being reached with the online efforts of the teachers, mostly because of lack of access to the Internet, and in some instances problems with electricity.

“I think one of our (Hanover Charities) future projects will be to somehow organise a way that these (Hanover) communities will have Wi-Fi,” Casserly told The Gleaner.

She also said that it would appear that educational decisions are being made based on the availability of Internet access and connectivity in Kingston and other urban areas, forgetting that there are students in rural Jamaica without access to Wi-Fi.

With her organisation having established several computer centres in schools across Hanover, Casserly was adamant that more attention needs to be paid to assisting the students in rural areas.

“We (Hanover Charities) have put in now about eight computer rooms in these primary schools, and we as a charity have to actually build the rooms, not just give a computer, so I think you have to be more practical about it. In the rural areas, you have to go there first and analyse, do they have the infrastructure, before we put these stipulations in,” added Casserly.

She emphasised that she feels very strongly about the situation, noting that the rural students are not being treated equally as those in urban areas, and given the necessary resources to work with.