Wright, Williams-Mills advise cancer patients to be cautious of COVID-19 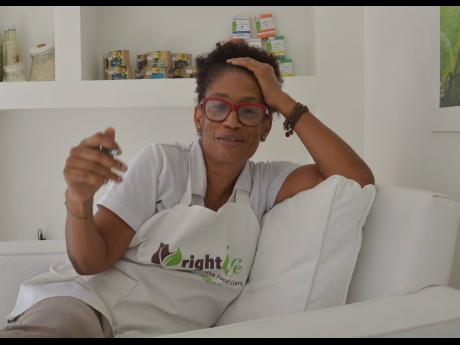 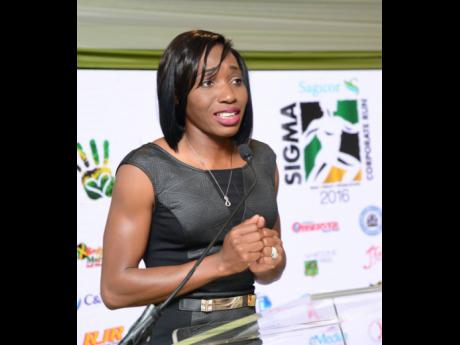 Pat Wright, who survived five bouts of cancer and is currently battling her sixth diagnosis, is urging other cancer patients who are undergoing chemotherapy to be especially careful during the coronavirus pandemic as the procedure weakens the immune system.

The novel coronavirus, which emerged in China last December before sweeping the world, causes the COVID-19 respiratory disease which could have particularly adverse outcomes for persons with weakened or compromised immune systems, people with certain underlying medical conditions and the elderly.

The virus has swept across the globe over the past four months, infecting more than 2.8 million people and claiming the lives of 200,000. Some 809,000 people have so far recovered.

Up to midday yesterday, the number of confirmed cases in Jamaica stood at 288 with 28 people recovered and seven fatalities.

Wright said her concern for other cancer patients is not only based on the disease itself but also the therapeutic treatment.

“I recently did chemo because this last one is a tumour that’s resting on my voice box and lungs. It had got so big that the doctors were worried, so I had to do chemo. I stopped when this thing (COVID-19) started because I would want my immune system to come back a little,” Wright said.

Wright, who battled bone cancer once, colon cancer twice and breast cancer twice, said that with her now fighting a tumour on her chest, she is taking all the necessary precautionary measures to protect herself from the virus.

“For the past six weeks, I’ve been at home. I’m a loner, so it doesn’t really bother me. Because I’m compromised, my son manages things and brings me all that I need. I have been good. I only come out of the house to tend to the garden,” said Wright, who added that she maintains a strict handwashing routine.

She is hoping that other Jamaicans will comply with the measures introduced to battle the virus locally so things can return to normal soon.

“People aren’t dying. Look at the numbers of the persons that have caught it and are recovering. There is something in Jamaica that is keeping us, so if we follow the guidelines and stay home for the two weeks so the virus wouldn’t find a healthy body to attach itself to, I think we would be good,” she told The Sunday Gleaner.

Breast cancer survivor and iconic Jamaican track and field stalwart Novlene Williams-Mills is also imploring cancer patients to follow the precautionary guidelines, adding that they should try their best to remain emotionally stable despite the situation.

Williams-Mills retired from competitive athletics in 2016 after adding the 2015 World Championships 4x400m relay gold medal and the 2016 Rio Olympics 4x400m silver to her senior international championships medal tally, which stands at 15.

“If there is no need to go out and be among people, stay home, because going through cancer, your immune system is already compromised. You want to take the best precautions you can because you don’t know what or who you are going to come into contact with,” said the Olympian, who recently gave birth to a set of twins.

“At the end of the day, one of the things that you don’t want to put your body through, being a cancer patient, is stress. As much as it is a deadly virus going around and everyone is in panic, just try to relax as much as possible to take as much stress as you can off your body,” she advised.

'WE ARE WHAT WE EAT'

Wright told The Sunday Gleaner that after living with death for more than 40 years, she is not fearful of what a bout of COVID-19 would mean if she contracts it. However, her family members are extremely worried.

“When I first got cancer at age 24, I was given just two weeks to live,” said Wright, who is now 67 years old. “They (family) are very worried about me and try every to keep me safe. They don’t allow me to go anywhere. It’s a good thing I don’t mind being by myself or otherwise, I would go crazy being locked away.”

She admitted that the pandemic has affected her lifestyle and livelihood as since the virus turned up on local shores, her health food store, Wright Life, has taken a real hit.

“We closed for the first two weeks (of the outbreak) because I thought we would have had a lockdown. We have reopened because I thought people would want to eat properly because we have seen that the people that walk through this (COVID-19) are the ones that eat properly. I have come to realise we are a fast-food country. [Fast-food operators] have long lines wrapped around the buildings and we have literally nobody,” she added.

“We are what we eat. That is my message … I used to drink seven sodas a day and just eat pure junk, and surely enough, I got sick. I have been fighting for 43 years,” she said, adding that she was only still alive “because I changed my diet and lifestyle”.