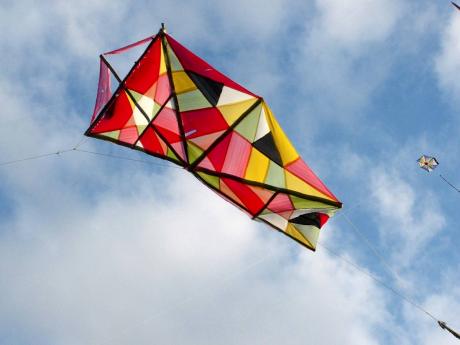 The colourful kites that used to line the St Ann sky at Easter time were absent this year. Kites of varying colours, shapes and sizes, with only a long tail being their commonality, were expertly crafted by skilled kite makers in St Ann, in anticipation of the annual kite festivals that have become a fixture on the Easter landscape.

This year, because of the coronavirus pandemic, all three were cancelled. It was a move that left kite lovers and other supporters of the festival, and promoters, disappointed, even as they understood the reasons for cancellation and support measures implemented by the Government to combat the virus.

While some persons missed the festival, others were only too happy to seek alternative entertainment in the current lockdown.

Promoter of the popular Jamaica International Kite Festival (formerly St Ann Kite Festival), Gary G, pointed out that it was not just Jamaicans who missed the event.

“A lot of people were disappointed that the festival wasn’t held,” he pointed out. “People from all over the world come each year so there was a lot of disappointment with the cancellation because of the COVID-19.”

Each year, leading up to the festival on Easter Monday, it was customary to see kite sellers on the roadside between Ocho Rios and St Ann’s Bay peddling their home-made kites. The kite festival also held workshops to teach children how to make kites, thus adding to the fun and anticipation of the festival.

“We usually have workshops to teach kids how to make kites, and we would encourage mothers and fathers to come out and spend the day with their kids, show them how to fly kites. They used to enjoy that.”

And that, and the dotted skies, were missing this year.

“Compared to the year before, everywhere you turned you would have seen a lot of kites and all of that. And if you noticed, not many people fly kites this year. It’s like everybody got scared and all of that, so it was really a disaster this year,” Gary G pointed out.”

But while some persons might have missed the festival, others were busy finding ways to entertain themselves while in lockdown.

“Jada goes to the kite festival every year, with her cousins. She always enjoys it; she has a lot fun there and she loves that she is able to be out later than usual,” Green said.

Green usually buys kites for her daughter, leading up to the festival, and when the time comes, she’s always eager to go.

“This year, I don’t even think that she was even aware that it was time for the festival. What we did was, we stayed home and made pizza and we played ABC Fast or Slow ... she loves that. We just bonded, pretty much,” Green said.