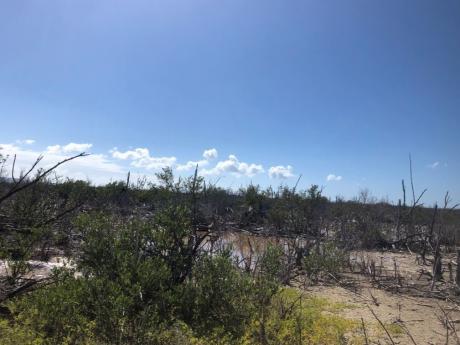 The 'Blue Carbon Restoration in Southern Clarendon' project is designed to restore more than 1,000 hectares of degraded mangrove forests.

A rescue effort has been launched to restore Jamaica’s dying mangroves through a $360 million British-funded project to be implemented by University of the West Indies (UWI) scientists.

The 'Blue Carbon Restoration in Southern Clarendon' project is designed to restore more than 1,000 hectares of degraded mangrove forests.

The US$2.45 million grant was provided by the UK Blue Carbon Fund, which was established in the IDB in 2019.

The project is the first of its kind in a series of blue carbon projects in Latin America and the Caribbean.

"Having this opportunity to restore these decimated mangroves in Jamaica, and with them, the several recognised ecosystem services which they provide, is nothing short of an absolute privilege," said Professor Forrester

The project, which will be the largest mangrove restoration project undertaken in Jamaica, is scheduled to be completed by 2026 and is expected to result in a mangrove system that is viable, healthy and optimally functioning.

The Forest Department has reported that between 1998 and 2013, Jamaica lost 2,123 hectares of mangrove and swamp forests.