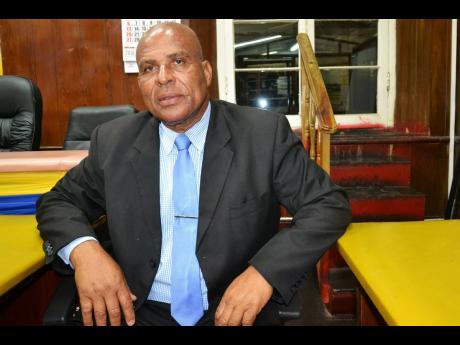 Minority leader and People’s National Party (PNP) councillor for the Borobridge division in St Ann, Winston Brown, says he intends to write to the auditor general seeking an investigation into how $46.6m was spent recently to sanitise the resort town of Ocho Rios.

The funding, which came from the Tourism Enhancement Fund (TEF), was part of anti-coronavirus measures by the municipality.

The matter was the subject of heated debate between Brown, his colleague Ian Bell of the Beecher Town division, and chairman of the municipality and mayor of St Ann’s Bay, Michael Belnavis, who is also the councillor for the Ocho Rios division.

Brown, who spoke to The Gleaner on Monday, said he asked several questions pertaining to the contract and the scope of work done, but the answers were not forthcoming, neither from the mayor nor chief executive officer (CEO) of the municipality, Rovel Morris.

“I asked the questions, who was the contractor, how the contract was awarded and what was the scope of work, and I could not get an answer from the CEO of the St Ann Municipal Corporation, neither the chairman of the council,” Brown told The Gleaner. “I have no other choice than to call on the auditor general to carry out an investigation, so we can get the answers.”

Brown said he and his colleagues in the council will have further discussions on the matter before contacting the auditor general.

Brown said there are other projects, funded by the TEF, which they are to investigate.

Bell, who initially raised the issue at the meeting, also had several questions regarding the issue.

But Belnavis, who spoke to The Gleaner late Monday, hit back, saying the money was earmarked to enhance the tourism product, hence it was spent in Ocho Rios, the island’s leading resort town.

The mayor accused both councillors of playing politics, saying they were seeking to have their divisions sanitised and because it didn’t happen, they are now raising questions.

“Councillor Brown, who is the minority leader, is being disingenuous,” Belnavis said.

“I explained to him that Ocho Rios has the pier, and Ocho Rios has three craft markets, the police station, the transportation centre, plus fisherman’s beach, and a whole lot of other places that need to be sanitised and disinfected, all the entities owned by Government.”

“The only place in Parry Town to sanitise would be the squatter settlement, and that wouldn’t count because that is not a tourist attraction. It’s a tourism enhancement project to sanitise the town; they can’t get sanitisation when in fact they’re not part of the tourism product.”

Belnavis said every part of the process was carried out above board.