Chuck wants all JPs to fall under one umbrella 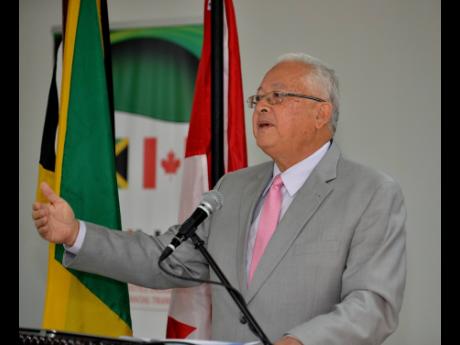 THE SITUATION which sees some parishes having two separate organisations representing justices of the peace (JPs) is poised to become a thing of the past, as Justice Minister Delroy Chuck has issued an edict to end the practice and, instead, have one umbrella body.

Based on the various terminologies, ‘lay magistrate’ refers to JPs who have been asked by the custos of a particular parish to sit on a panel to adjudicate the Court of Petty Sessions cases. All JPs are commissioned by, and report to, the custos of their respective parishes, but not all JPs gets the opportunity to serve as a lay magistrate.

In Hanover, one of the parishes with both organisations, an individual was found with a JP’s seal which was issued by someone other than the custos. The matter is now under investigation.

In an effort to bring order as it relates to how JPs should operate going forward, Chuck has written to Dr Lynden Rose, the president of LMAJ, calling for the establishment of just one body to represent JPs. The letter was copied to all LMAJ parish chapter presidents, the governor general, and all custodes.

The letter, which The Gleaner has seen, titled ‘Establishment of One Association For Justices of the Peace in each parish’, contains strict instructions as to what should pertain in relation to such organisations in the parishes as of now.

Chuck’s letter came against the background of a recent ministerial meeting with custodes that looked at the matter of two different bodies operating in the same space, independent of each other. In fact, a unanimous decision was taken by the custodes to have one organisation in each parish responsible for justices of the peace.

When contacted for a comment on the new developments, Dr David Stair, custos of Hanover, told The Gleaner that at this point, there are aspects of the letter for which he would need some clarity, and as such, he will not be making any comments until he gets the requisite clarifications.

Calvin G. Brown, who heads the LMAJ Hanover chapter, also refrained from making a comment about the minister’s letter, saying the National LMAJ executive will be making an official statement.

“I would much prefer it comes from the president of the LMAJ,” said Brown when he was asked to respond.

Sharmaine Suckoo-Samuels, the president of the Hanover Justices of the Peace Association, expressed concerns, noting that she would have preferred if Chuck had outlined which of the two organisations should be allowed to operate within the parishes, especially bearing in mind that not all JPS are lay magistrates.