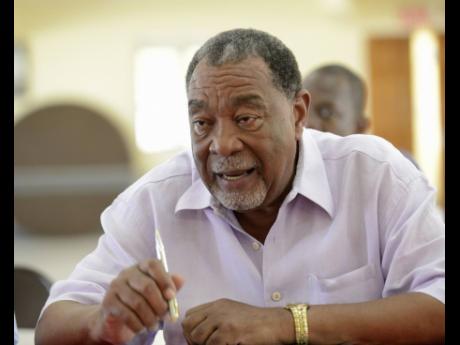 AFTER SEVERAL missed deadlines, Savanna-la-Mar’s Mayor Bertel Moore is adamant that the newly built Westmoreland Municipal Corporation (WMC) headquarters will be opened on June 1, albeit it not being 100 per cent completed.

“We should have moved in on the first of May, but there were little setbacks, but there is nothing going to stop us, come the first of June,” said Moore. “I cannot afford to pay the type of rent we are paying at the location we are at now.

In 2015, under the Portia Simpson Miller-led People’s National Party (PNP) administration, a contract valued at J$78.4 million was signed between the Ministry of Local Government and N.R. Diaram Construction Company to construct the municipal building at the intersection of Murray and Great George streets. It was slated to be completed in 10 months, but challenges, which included the 2019 termination of the contractor, saw the project lagging behind.

Prior to the termination of the contract, N.R. Diaram Construction wrote to the municipal corporation requesting a further extension of 80 working days, saying that it was having cash-flow issues, coupled with the late delivery of electrical and other materials, as well as the medical challenges of the principal contractor, who had fallen ill.

However, in his assessment of the situation, Moore said the contractor had failed miserably based on the numerous missed deadlines

According to Moore, the modern two-floor building will provide adequate space for staff and customers, and will also feature a council chamber adequately designed to carry out the business of the WMC.

“It’s not the size that I would like, but nevertheless I am quite sure we will be comfortable in there. I want to ensure that each and everyone is comfortable, this is what I am working towards,” explained Moore. “We have an office for the municipal police, disaster coordinator. We also have a deputy mayor’s office … we have never had one before.”

According to Moore, the termination of the contractor last year left them with an unfinished building with no additional financial support from the ministry, which forced the corporation to complete the building using its own funds.

“Before September, the monies paid out to the contractor came from the Ministry of Local Government, but since September, we finance this part of it. As soon as we complete it, I will be able to give a complete figure on what it cost us,” said Moore.