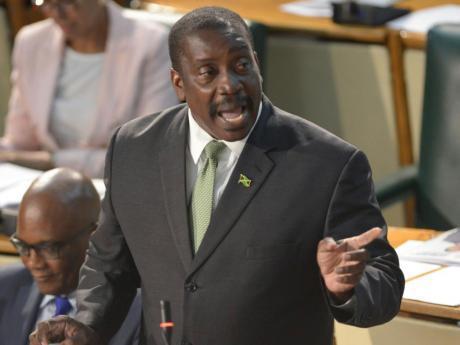 More than two and a half years after efforts by the Jamaica Railway Corporation (JRC) to restart commercial operations crashed, Minister of Transport and Mining Robert Montague has signalled the government’s intention to get the trains up and running again.

“Work continues to make this a reality,” Montague declared while making his contribution to the sectoral debate in the Parliament this afternoon.

He said Cabinet had established an enterprise team to oversee and manage engagement with potential investment partners and authorised the Development Bank of Jamaica as transaction manager.

“The Student Passenger Rail Service Project has been one of the short term goals of the JRC. This is still on the books and we continue negotiations with various entities to make this a reality in the near future despite the setbacks due to COVID-19. The Ministry of Finance, more than ever, is committed to finding the $200 million as social distancing will have to be maintained and rail offers to the most economical way go forward,” he said.

In December 2017, the government was forced to pull the plug on high-level talks with Hertzog Jamaica Limited, a subsidiary of the United States-based Herzog International Incorporated which outlined plans for phased revitalisation of local passenger rail service, after it failed to meet the deliverables of a non-binding memorandum of understanding signed with the Ministry of Transport and Mining.

"It's still on. It's still going to happen,” Ferrris Ziadie, chairman of the board of the JRC said then, declaring that the setback had not derailed the ambitious business revival plan.

“We are looking at other proposals now. All that happens is that the process is going to be later than we envisaged.”