Ja lags behind region in protecting workers from unjust dismissals 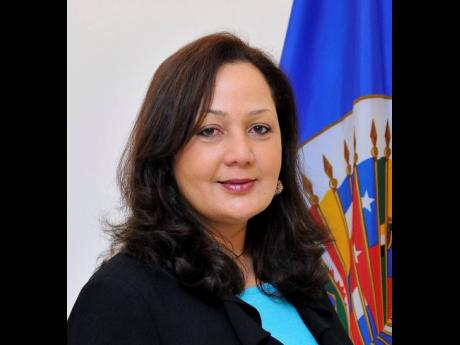 Despite the island’s two major political parties being birthed out of trade union movements and to which they are still closely aligned today, Jamaica continues to lag behind its smaller Caribbean neighbours in providing adequate protection for workers from unfair dismissal and termination.

This was disclosed by Professor Rose-Marie Belle Antoine, dean of the Faculty of Law at the Trinidad-based St Augustine campus of The University of the West Indies, during Wednesday’s International Labour Organization (ILO) Caribbean virtual round table to discuss termination of employment and related legal issues in the COVID-19 environment.

Describing the legal landscape in the region in relation to termination as a mixed bag, Antoine said the current laws act as a disincentive to employment and are not far-reaching enough to contemplate disasters and other emergencies, such as COVID-19.

“We have done a lot of work, but much more still needs to be done, and many countries in the region have now implemented hard legislation which gives protection against unfair dismissal,” she said, pointing out that Jamaica does not number among the progressive states.

“In the larger countries, Trinidad and Tobago and in Jamaica in particular – and until very recently, Barbados, because they only changed their law about three or four years ago after nearly 15 years of discussing it – ... [they] still do not have specific legislative protection against unfair dismissals or unjustifiable termination. Believe it or not,” Antoine said.

“In Jamaica, it is really a question of a somewhat controversial judgment of the Privy Council in a case called Village Resorts [v Industrial Disputes Tribunal and Another (1998)], where a voluntary code was held to be a binding [one], which is a bit of an unusual judgment, but nevertheless, we have that jurisprudence which informs dismissals, but it is not as secure as when you have legislation.

“And in Trinidad and Tobago, what we have, of course, is no hard legislation on protection for unfair dismissal or any of those things, but, in fact, we have an Industrial Relations Act, which ... [deals with] the whole concept of what is an unfair industrial relations practice,” she said. “So those are the principles which because we have an industrial court, one of only two in the Caribbean, we have been able to carve out protections very similar to what the ILO conventions require. So that has been good, except that it is really only in relation to unionised workers, a big defect in the legislation.”

In relation to redundancy and severance pay, Antoine noted that all countries had some legislation, but inconsistency in the interpretation of laws were chipping away at the protection offered to workers.