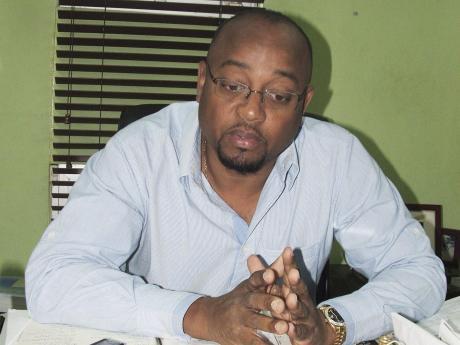 Embattled St Ann’s Bay Mayor Michael Belnavis has said there was nothing illegal in using taxpayers' money to pay for a charging port for his Porsche motorcar he claims is being used for government work.

Belnavis has faced public criticism following the disclosure at a parliamentary committee that a charging station was erected at taxpayers’ expense at the St Ann Municipal Corporation.

The mayor said, after the council failed to give him a vehicle last year, he paid about $12 million for the 2019 Cayenne e-Hybrid car to replace his BMW X6.

"I acquired the vehicle at my expense because the council was not in a position at the time to give me a vehicle which is a requirement under law," he told The Gleaner.

Belnavis said, too, that the Porsche aligns with the government’s focus on environmentally cleaner and safer transportation.

According to him, the vehicle’s emission is low and its electric use means greater efficiency, running the equivalent of 70 miles per gallon.

"There is nothing illegal," said Belnavis. "I’m saving the Municipal Corporation money, and at the same time I’m being eco-friendly."

He has scheduled a press conference for this afternoon to address “misinformation” about the issue.

Aside from motor vehicle upkeep, travelling officers, like the mayor, are entitled to a gas allowance, which Belnavis said he has not been collecting.

However, with the use of more electric vehicles, the government will likely have to make changes to accommodate public servants for whom gas mileage would not be applicable.

Lashing his critics, the councillor for the Ocho Rios Division argued that his People’s National Party colleagues in the municipality are trying embarrass him and “create an image that the mayor is usurping his authority”.

He said, since the issue became controversial, he decided to remove the plug, which is now the property of the parish authority.

Belnavis said he has instead requested a pay-as-you-go meter to charge his car at the municipal authority.

Last week, the Chief Executive Officer of the St Ann Municipal Corporation, Rovel Morris, told Parliament’s Public Administration and Appropriations Committee that all costs associated with the installation of the charging station will be recovered.

He also denied claims that the electricity costs of the Corporation had ballooned as a result of the charging port.

The Jamaica Public Service has committed to rolling out electric vehicle charging stations across the country.

After full deployment, it is expected that 90 per cent of the Jamaican population will be within 30 kilometres of a charging station.

In February this year, the government announced that 45 electric buses are to be added to the fleet of the Jamaica Urban Transit Company this fiscal year.